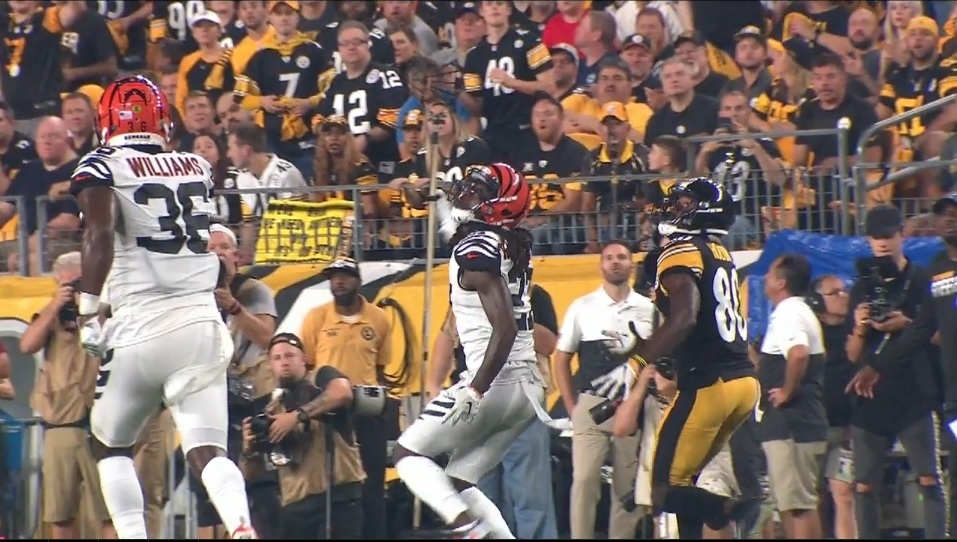 The NFL finally figured out what a catch is.

Now it can’t figure out what’s pass interference. Mike Tomlin is as confused as anyone else. He admitted as much during his Tuesday press conference, saying he didn’t know how he was going to handle challenging PI in future weeks.

“I have no idea what it’s going to look like moving forward,” Tomlin said Tuesday. “If anybody does, I’d appreciate it. I don’t think any of us has a feel of what that looks like. And I’m just being honest.”

This comes on the heels of last night’s disaster of a review. Johnny Holton was flagged for offensive pass interference when there was hardly any contact between him and the corner. Tomlin challenged, seemingly about to win his first one since January of 2017, but the ruling stood.

If that’s pass interference in today’s NFL, so much so the mechanism to fix missed calls doesn’t even work, then the league has a serious problem. And it won’t improve on the blunder that happened in last years Saints’ game.

Tomlin reiterated he doesn’t know what his approach will be in the future and took a little dig at the league for being inconsistent with their ruling.

“I don’t have any idea what I’m going to do moving forward. Because it appears to be a moving target.”

Tomlin said it was frustrating as a coach but remained hopeful the league would figure it out.

“It’s just difficult to nail it down at this juncture. I’m sure it’ll get better as it goes on.”

The NFL correcting itself in a swift, logical fashion is about as unlikely as anything. So for probably the remainder of the season, the league will have everyone guessing as to what’s pass interference. What is a “material” change to the play. Pittsburgh’s already been on the short end of two such calls. Holton Monday night and the successful challenge by Pete Carroll against Terrell Edmunds in Week 2.

It’s likely to rob someone of a win come the playoffs and send the NFL scrambling back to the drawing board. A billion dollar league that can’t determine one of its basic rules. What a time to be alive.