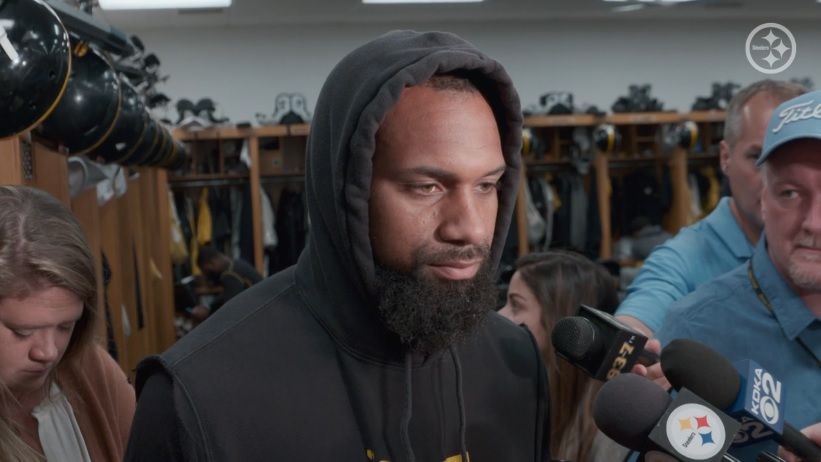 The theme heading into this Sunday night was the boomerang coming back around and which members of the Pittsburgh Steelers would catch it. One position group that was supposed to see many boomerangs come back their way was the Steelers’ receiving core.

Two receivers who many were eager to see bounce back were JuJu Smith-Schuster and Donte Moncrief. Smith-Schuster had a costly fumble against the Baltimore Ravens last week while Moncrief has spent a lot of time on the sideline since his debut against the New England Patriots in week one.

Both would have a chance to create a clean slate this week and together they would combine for two catches and 18 yards. In fact, the Steelers receivers would only combine for five receptions for 30 yards but that is not necessarily a bad thing.

Box score analysis is never a complete tool and just by judging the box score of last night’s victory would leave an incomplete picture of how the Steelers’ receivers performed. It was obvious from the start that the game plan was never going to be an air show but instead would focus primarily on the utilizing the running backs while taking timely and appropriate shots downfield.

While the boomerang did not come around often, the Steelers’ receivers made sure to catch it anytime it did come around.

Moncrief made only one catch last night but it was a highly impressive catch. After costing the Steelers earlier this season, Moncrief made sure to finally make one up to his team as he bailed out his quarterback with a tough catch near the sideline.

Facing a long 2nd and 10, Moncrief was able to make a diving catch for 11-yards and move the chains. While the drive would eventually stall, it was a positive sign for a receiver that has provided little to no positive production up until this point.

Smith-Schuster would also add just one catch and it came shortly after Moncrief’s catch. The third-year receiver though likely should have had another catch on the game’s first possession as a nifty double move left him with space but an underthrown ball from Devlin Hodges left barely any chance for a completion.

The Steelers have won two games this season and Smith-Schuster has now recorded just three receptions for 22-yards in those games.

While it would be foolish to stretch Smith-Schuster’s or Moncrief’s totals into something they are not, the air it out expectation went out the window when Ben Roethlisberger was ruled out for the rest of the season. Now with Mason Rudolph and Devlin Hodges progressing on a week by week basis, the totals become irrelevant and the context and victories are the only two factors that matter.

The context heading into last night was that Moncrief and Smith-Schuster had mishandled the boomerang more than the team would like. The context after last night’s victory is that luckily, the boomerang did come back around, perhaps not as many times as expected but the receivers caught the boomerang and the Steelers emerged victorious.