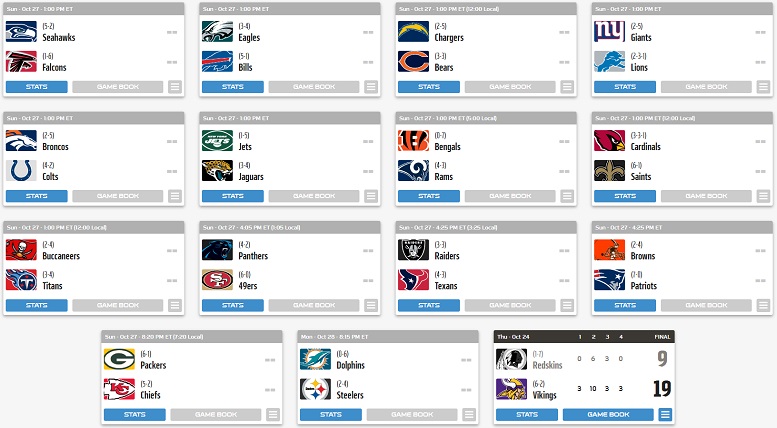 With the Pittsburgh Steelers not playing until Monday night in Week 8 it’s a perfect opportunity to do a little scoreboard watching on Sunday. Usually Week 8 is far too early for any scoreboard watching to take place but with the Steelers still sitting at 2-4 and well outside of the playoff picture, it can’t hurt to root against a few teams on this Sunday.

The Titans are 3-4 entering Week 8 after beating the Los Angeles Chargers last Sunday and they currently own the No. 9 seed in the AFC and are thus two spots ahead of the Steelers. A Sunday loss to the Buccaneers is certainly worth Steelers fans to root for.

The Bills have surprised quite a few people this year and on Sunday they’ll be favored over an Eagles team that has surprisingly failed to impress during the first half of the season. The Bills enter Week 8 as the No. 5 AFC team with a 5-1 record so Steelers fans need to root for the Eagles to fly high in this road game.

The Colts will play the Steelers in Week 9 but ahead of that contest taking place, it would be nice to see them lose to the Broncos on Sunday. The Colts currently lead the AFC South division with a 4-2 record and their the No. 4 seed because of that.

The Jaguars are yet another team ahead of the Steelers in the AFC seeding entering Week 8 and on Sunday they’ll host the 1-5 jets, who were destroyed by the New England Patriots in Week 7. The 3-4 Jaguars are the No. 8 seed in the AFC entering Sunday so  make sure to pull for the Jets to pull a road upset in this one.

Does it really matter which team wins this game? probably not as both are ahead of the Steelers in the AFC seeding entering Sunday. It’s usually not a bad idea to root against the team with the most wins and in the case of these two teams it’s the Texans. The Raiders have a 3-3 record and are more likely to fold during the second half of the season than the Texans are.

The Steelers dont have a shot at catching the Patriots so with New England playing the Browns this week, pull out your red, white and blue pompoms and pull for the evil empire to blowout Cleveland and company at Gillette Stadium. I’m interested to see what kind of game quarterback Baker Mayfield can have on Sunday against the Patriots top-rated defense. Weren’t the Browns supposed to make a run at the super Bowl this year?

Hey, the Chiefs can still be tracked down and the Steelers can gain another game on them this weekend. The Chiefs will be without quarterback Patrick Mahomes Sunday night so we could see the Packers take them apart in Kansas City on national television. 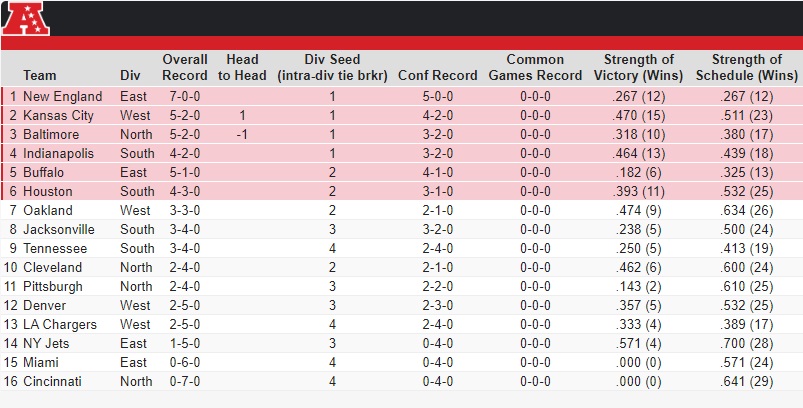