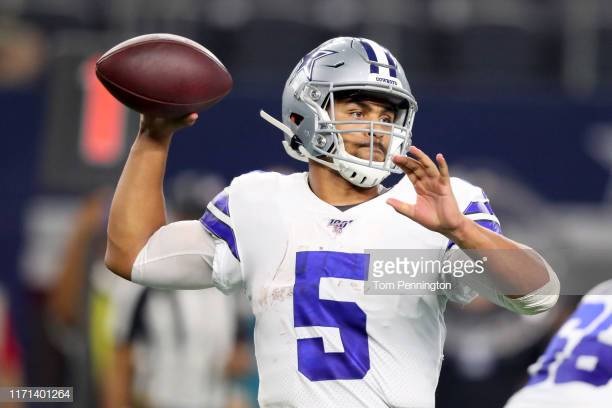 The Pittsburgh Steelers have signed QB Taryn Christion to the practice squad, the team announced moments ago.

We have signed QB Taryn Christion to our practice squad.

If you’re wondering who that is, you’re not alone. Christion is a rookie UDFA out of South Dakota State. He briefly spent time with the Seattle Seahawks before signing with the Dallas Cowboys this summer.

Though listed as a QB, consider Christion a jack of all trades. Here’s an excerpt about what he was doing in Dallas from the Cowboys’ website.

“Christion’s description of the situation is a bit modest. One day he was taking minimal reps as the fourth quarterback, and the next day he was on kickoff team. One minute he was working with the scout team on punt returns, and the next he was playing wide receiver in practice.”

He was waived by the Cowboys during final cutdowns. During the preseason, he completed 12/20 passes for 148 yards, 1 TD, and 1 INT. He carried the ball seven times for 25 yards.

At South Dakota State, he threw for more than 3000 yards and 32 touchdowns. He also rushed for 333 yards and six additional scores.

He ran a 4.49 at his Pro Day. Consider him a Lamar Jackson impersonator this week for the scout team offense. In the past, Josh Dobbs has been used in that role but after trading him to Jacksonville, Tomlin admitted they didn’t have that kind of player on the roster anymore.

The Steelers released TE Alize Mack earlier in the day to make room on the practice squad.