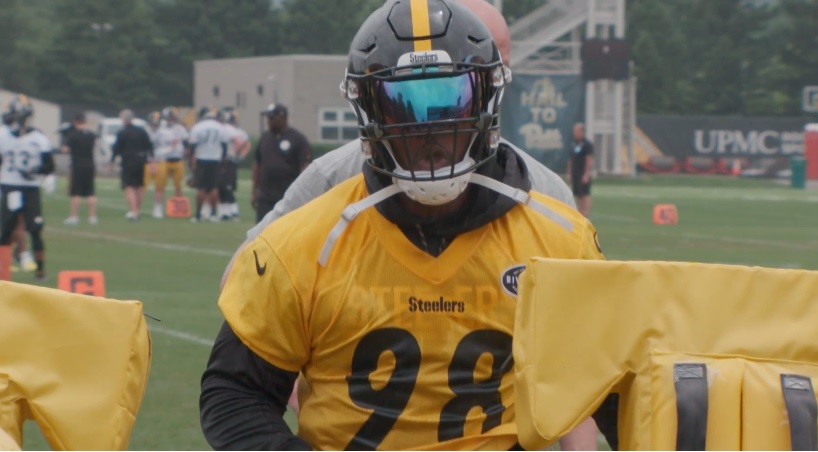 Barring any kid of a setback, Pittsburgh Steelers inside linebacker Vince Williams is expected to play Sunday against the Baltimore Ravens after missing the last two games with a hamstring injury.

The Steelers defense can certainly use Williams on Sunday as well as they’ll be playing a Ravens offense that enters Week 5 as the NFL’s best in rushing yards per play and rushing yards per game. Williams let it be known this week how hard it has been on him to miss the team’s last two plus games with his hamstring injury.

“It’s extremely frustrating because you want to contribute, especially when you’re used to contributing,” said Williams, according to Kevin Gorman of the Pittsburgh Tribune-Review. “It’s always weird to me, not being involved. … It was temporary misery, but you have to deal with it. It was pretty hard, mostly during the losses.”

The Steelers are 1-1 in the games that Williams has missed with his injury but and they did also lose the game that Williams started against the Seattle Seahawks but couldn’t finish. After practicing fully all three days this past week, Williams was listed as questionable for Sunday’s game against the Ravens on the team’s Friday injury report. Steelers defensive coordinator Keith Butler, however, made it sound like Williams will play Sunday when he talked to the media on Thursday. He also talked about what Williams brings to the defense when he’s on the field.

“Vince has been a guy who is going to hit the line of scrimmage for you,” Butler said. “He’ll blitz for you. He knows the defense well. He does a good job at studying his opponent in terms of knowing what they’re going to do, certain situations and certain motions. So, he’s good at anticipating stuff like that and there’s always going to be room for people like that.”

It’s yet to be seen if Williams will start and wear the communication helmet with the green dot on it like he did against the Seahawks. Even if he does neither, he figures to be on the field quite a bit Sunday. Williams enters Sunday’s game against the Ravens with four total defensive tackles on the season and odds are good he’ll have at least doubled that number by Sunday night.

“I just want to have my availability be as high as can be,” Williams said this week, “so if my team calls on me and they need me, I’ll be ready to perform.”