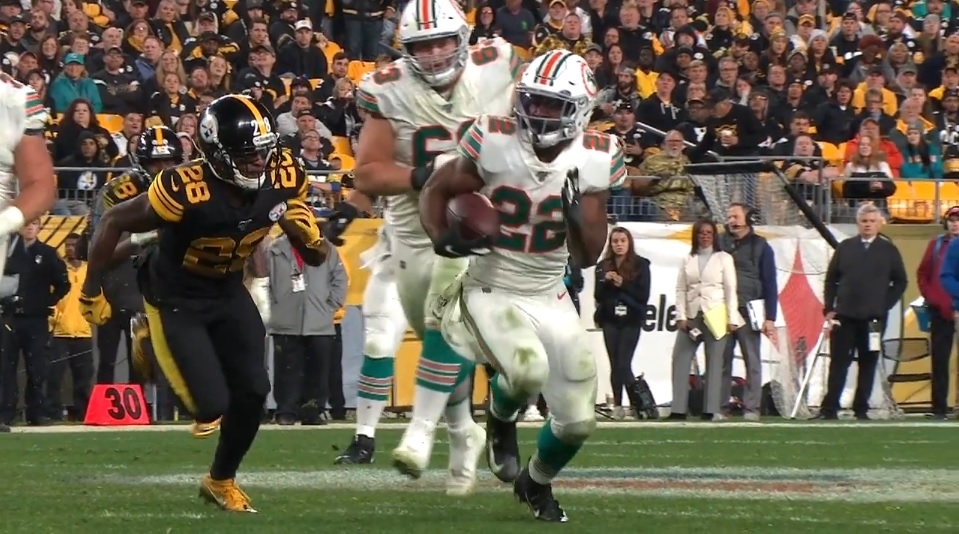 Let’s celebrate last night’s victory by getting a little weird.

– Gotta talk about the comeback the Pittsburgh Steelers had, don’t we? They were down 14-0 after the first quarter, making it the first time they’ve won a game trailing by 14+ after one since October 5th, 1997. That day, the Steelers trailed the Baltimore Ravens 14-0 but scored 35 second half points to win 42-34. Highlighted by Kordell Stewart’s 74 yard touchdown run.

– All three of Pittsburgh’s victories this year have come in primetime football. Team plays well under the bright lights.

– James Conner’s 145 yards rushing were the second most in his NFL career, one shy of the 146 he posted against the Cleveland Browns last season.

– Monday marked the first time the Steelers have had a 100 yard rusher or receiver. Conner and JuJu Smith-Schuster hit those marks for the black and gold.

– The Steelers have 19 takeaways in their first seven games for only the second time under Kevin Colbert. They also did it in 2010.

Worth repeating they forced only 15 takeaways all last season.

– Minkah Fitzpatrick had a pair of picks yesterday. He’s the first Steelers safety to have two in a game since Troy Polamalu on December 12th, 2010. A streak of 3,241 days. Remarkable.

– All three of Diontae Johnson’s touchdowns this season have been from at least 39 yards out: 39, 43, and 45 yards. He’s the first Steeler rookie wideout to do that since Mike Wallace in 2009.

– Big turnaround on third down the last two weeks.

Great company to be part of.