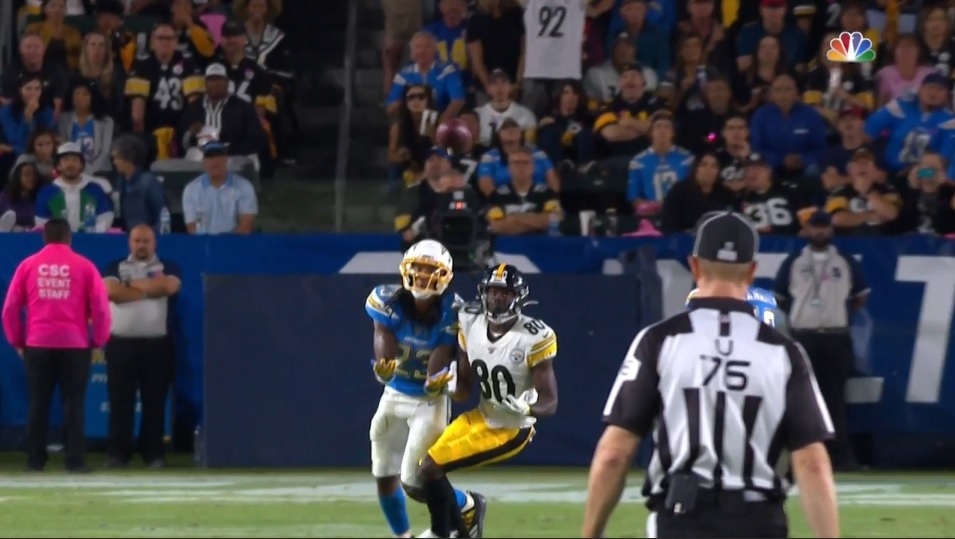 A little late, I apologize, but let’s get a little weird on this Monday.

– We gotta start with the defense for their impressive performance last night. Through six weeks, they’ve forced 15 takeaways. That’s as many as they forced all of 2018. They also have eight interceptions, equaling last year’s total.

– Devin Bush is responsible for six of those. Since the merger, only Carnell Lake, with seven, has more turnovers forced in a rookie year.

– Back to the offense. Much better when it comes to ball control, winning the time of possession battle 34:05-25:55. Last night, they had a pair of drives lasting 6+ minutes, one resulting in a touchdown, the other in a field goal.

Heading into this game, they had only one 6 minute drive all season long.

– The Steelers announced they signed Devlin Hodges to their 90 man roster on May 13th. Exactly five months later, he started and won his first game.

– Even without the benefit of a bye week, Pittsburgh’s been sacked just five times in the first six weeks. That’s fewest in football.

It’s also the fewest allowed by the Steelers over the first six games since the merger. The previous low was six, set three times: 1996, 1986, and1978.

– Heading into last night, the Steelers had converted just 28% of their third down chances this season. Against LA? 61.5%, finishing 8/13.

– James Conner was the only Steeler with more than 15 yards receiving last night.

– Last one. I remain hopeful Johnny Holton will, in fact, catch a pass this season but he’s 0/5 on targets this year. Only player in the league with such a stat line.

These stats are over an entire season but the last player to go catchless on at least five targets in a year was Tennessee Titans’ WR Rico Richardson, who went 0/5 in 2015. Since 1992, the NFL record is Patriots’ WR Anthony Ladd, who went 0/10 in 1998.

The Steelers record is eight, set by WR Corey Holliday in 1995 and matched by WR Malcolm Johnson in 2000.