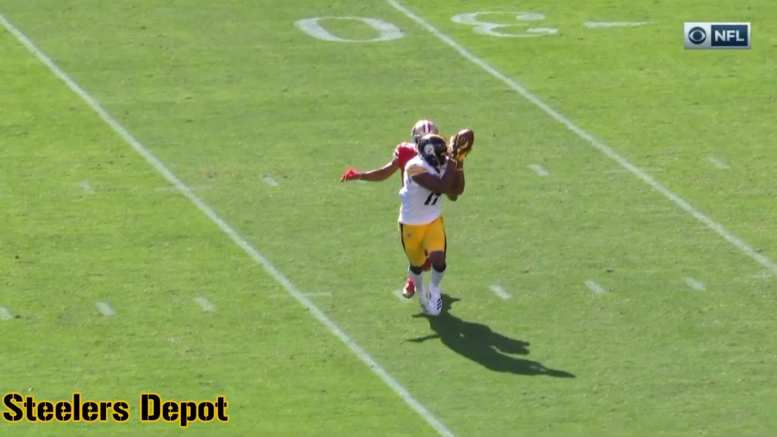 With their bye week now behind them the Pittsburgh Steelers will return to action Monday night at Heinz Field and host the Miami Dolphins, arguable the worst team in the NFL entering Week 8. In that Monday night game, we’re expecting to Steelers offense have a coming out party of sorts and especially when it comes to explosive plays. To date, the Steelers offense has registered only 18 explosive plays of 20 yards or more through six games played and only four other teams entered Week 8 with fewer with the Dolphins being one of them.

So, why so much talk about explosive plays since the start of the regular season and especially since quarterback Ben Roethlisberger went down for the season with an elbow injury? Because they really matter. I’ve already pointed out several times over the years how important the TOX (turnovers/explosive plays) differential stat is in games and today I will show you how important the second part of that stat is when it comes to finishing out drives of 60 yards or longer with touchdowns.

Thanks to some crafty research by Shane Glass, who can be followed on Twitter at @boinkofscience, we can pass along a much larger selection of data to you related to explosive plays and touchdown-ending drives of 60 yards or longer. This data was mined by Glass from the raw nflsrapR play-by-play data.

According to Glass’s research, 75.6% of the 398 total touchdown drives that spanned 60 yards or longer included at least one explosive play of 20 yards or longer. Glass also looked back at the previous 10 seasons and the lowest percentage for a single season was 72.9% in 2013 and the highest percentage was 76.0% in 2014, the very next season. The average of the data to date going back to 2009 is 74.5%.

These percentages really show the importance of explosive plays in relation to touchdowns scored on long fields and while I don’t know for sure, I’m willing to bet the overall percentage on touchdown drives of 50 yards or longer that included at least one explosive play isn’t too terribly lower.