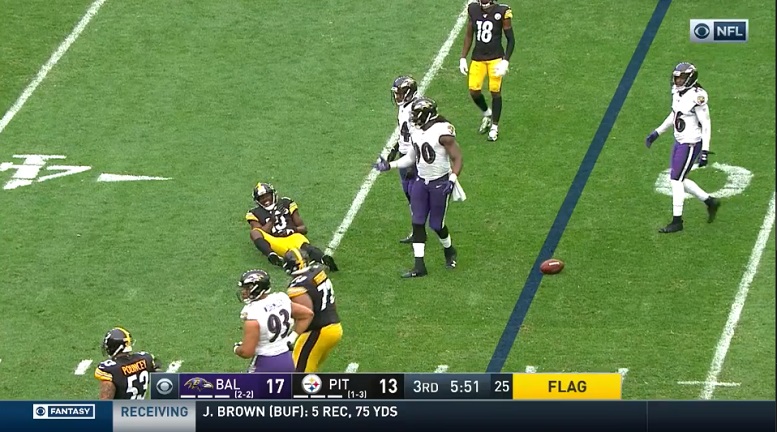 The Pittsburgh Steelers are on a bye this week and the timing of it is fabulous as the team exited Week 6 with a long list of injured players. On Wednesday, Steelers head coach Mike Tomlin addressed the media and went over the health of his team and who all on the injured list he thinks might be able to play in Week 8 when Pittsburgh host the Miami Dolphins on Monday Night Football.

Tomlin first addressed the long list of players who missed the Week 6 Sunday night game against the Los Angeles Chargers due to injuries.

“First of all, on some of the guys that have been out, some are progressing nicely,” Tomlin said. “Rosie Nix is progressing nicely. We’ll see if he’ll be available for some work next week. And again, that work will be our guide in terms of game availability. Same could be said for James Washington and Mark Barron, Steve Nelson. Less so with Jaylen [Samuels], but obviously he’s coming off of a surgery. Although he’s progressing nicely, he’s probably not a candidate in the ways that the other guys will be going into next week.”

Fullback Roosevelt Nix (knee) has been sidelined since Week 1 while wide receiver James Washington (shoulder), inside linebacker Mark Barron (hamstring), cornerback Steve Nelson (groin) and running back Jaylen Samuels (knee) all missed their first games of the season this past Sunday night. Samuels is expected to be sidelined at least a few more games with his knee injury that was scoped a week ago Monday.

Tomlin then proceeded to update the conditions of the players who were injured Sunday night against the Chargers, running back James Conner (quad), outside linebacker T.J. Watt (oblique) and cornerback Joe Haden (groin).

“Some of the guys that sustained injury in-game that have been evaluated, their practice availability may be limited at early portions of the week,” Tomlin said on Wednesday. “They will have an opportunity to work through it, improve their overall readiness. Those guys being, James Conner, Joe Haden and TJ Watt. Conner with his quad, Joe Haden with his groin, T.J. Watt with his abdomen. Expect both of those guys to prove their readiness throughout the course of the week and get prepared to play in our next game.”

Tomlin also made sure to address the current situation with quarterback Mason Rudolph, who sat out the Sunday night game against the Chargers with a concussion.

“Mason Rudolph is progressing nicely,” Tomlin said Wednesday. “Technically, he’s still in the concussion protocol, but really there’s no extreme urgency in terms of getting him out of the protocol because we don’t work again until Monday. He’s been fully cleared to participate in the things that we’ve been doing. He would have been a full participant had we chosen to work out today. So, it’s probably semantics, or whatever, in terms of him getting clearance. But when he does, we’ll inform you and we won’t speculate any further than what I just did.”

On the surface, it certainly seems like the Steelers might get a few injured players back for their Monday night home game against the Dolphins and it’s also sounding like Conner, Watt and Haden might ultimately be able to play in that contest as well. The Steelers won’t practice again until Monday and the team’s first injury report of Week 8 won’t be released until a week from Thursday. Tomlin will next meet the media next Wednesday so until then we’re not likely to get any other injury updates.