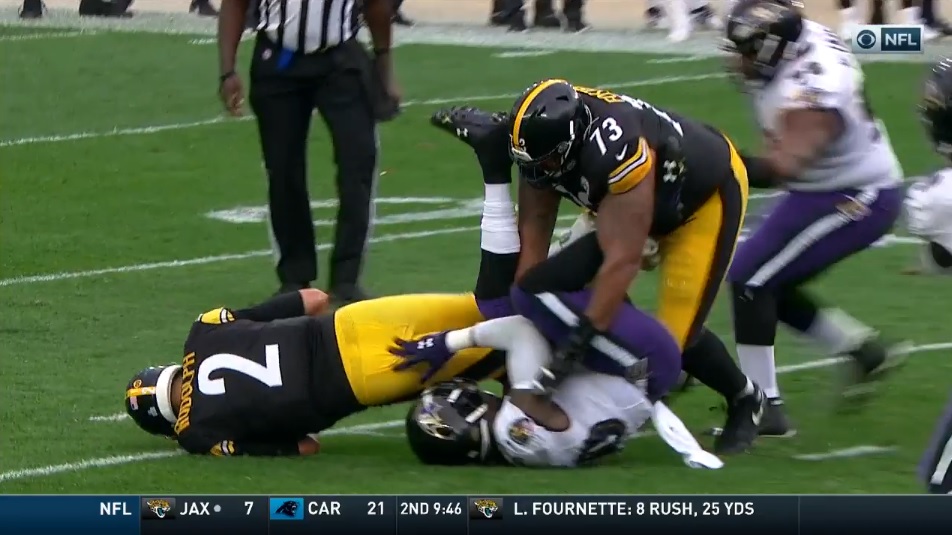 After a clean sheet last week, looking at the lone sack allowed by the Pittsburgh Steelers’ in Sunday’s loss to the Baltimore Ravens.

Ravens running a T/E stunt to the left side. Alejandro Villanueva doesn’t slide down well to squeeze it, causing him and LG Ramon Foster to be on different levels. One of the rules of effective stunt pickup is the linemen defending it have to stay on the same plane. If you don’t, you create space for the crasher to squeeze through. And that’s what happens here. Villanueva isn’t square nor on the same level as Foster, letting Pernell McPhee to squeeze through. 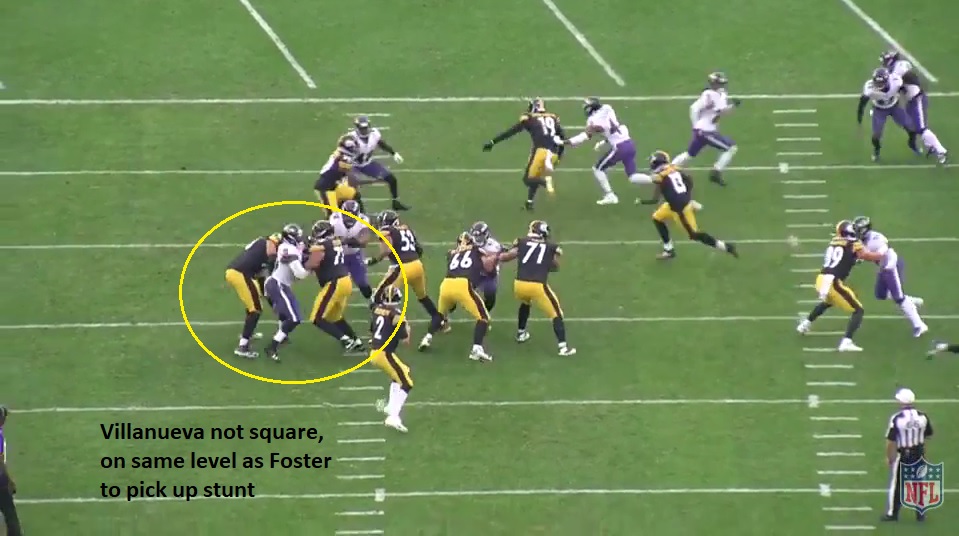 And from there, it’s an easy path to the quarterback.

One other interesting note. It could be argued Rudolph should’ve hit James Washington, especially when you watched the play live from the TV angle. This play highlights the importance of what the All-22 provides. Because watching it on CBS, Washington looks wide open. 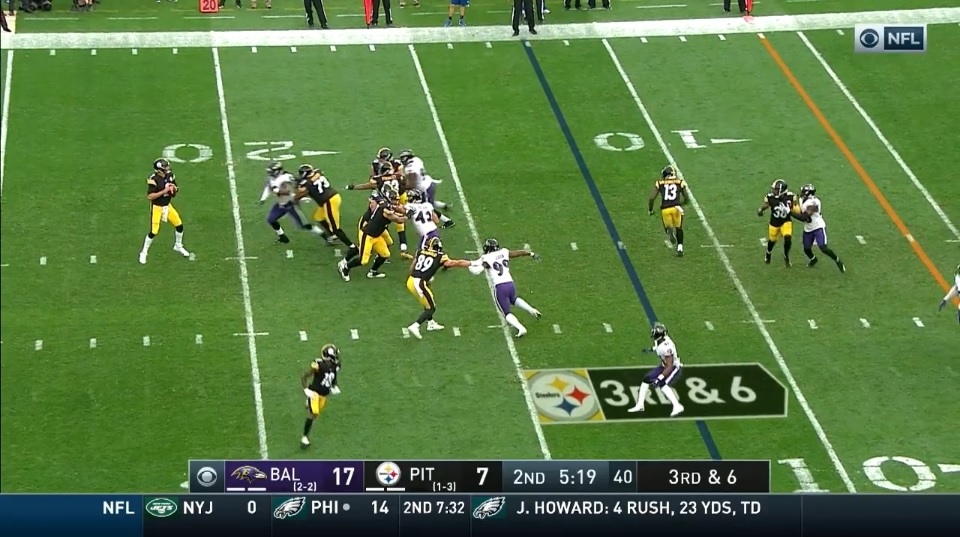 Check out the aerial view on the coaches film and you see the safety coming down to pick him up. 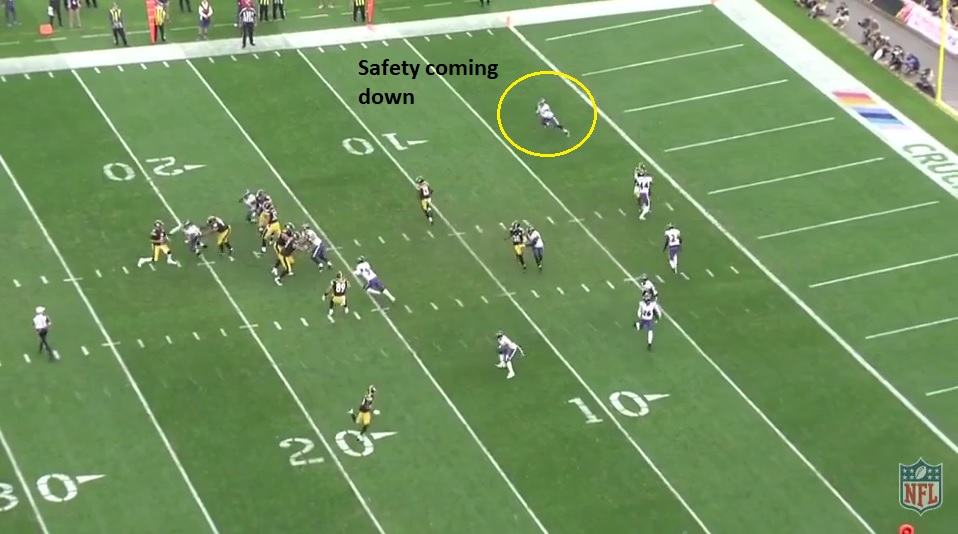 Now, you could still make a case for Rudolph getting the ball out to Washington and trying to let him make a play but I don’t think it would’ve gone anywhere. Really, I think Rudolph was waiting for JuJu Smith-Schuster to create space on the over route versus Marlon Humphrey. Might have been open, especially with the safety buzzing down on Washington, but the line didn’t give Rudolph the time he needed. Steelers had to settle for a field goal, a disappointing sequence off Kam Kelly’s interception.

We’re putting the blame on Villanueva for the poor technique in his stunt pickup.