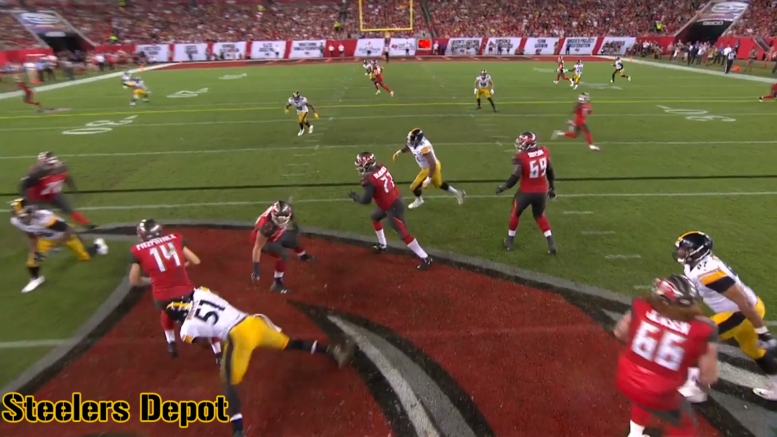 It would be fair to say that, for the majority of the 2019 season, the Pittsburgh Steelers have looked like one of the worst teams in the National Football League. The good news is that they are starting to turn things around, winning two of their last three games, with the one loss coming in overtime.

They are currently enjoying their bye week, one that was much needed given that they had about a dozen notable injuries to monitor. They will also have to adjust to another major injury after Ben Roethlisberger’s, this one to Stephon Tuitt, who was looking to have a career year.

When they come out of their bye week, though, they will be playing against a team who is really contending for the worst in the league in the Miami Dolphins. The AFC East bottom-feeders, under Brian Flores as their first-year head coach, are 0-5 on the season, and haven’t really even been very competitive in the majority of their games.

They started out with veteran journeyman quarterback Ryan Fitzpatrick as their starter, even though they had acquire 2018 first-round pick Josh Rosen in the offseason. Fitzpatrick started the first two games, completing 25 of 50 passes for 274 yards with one touchdown and four interceptions, however, and Flores then turned to Rosen.

But after three more games of futility, including Sunday’s game in which they allowed Washington to get their first victory of the season at their expense, it sounds as though they are reversing course and going back to the veteran.

“I kind of came to that conclusion really over the past couple of days”, he said after announcing that Fitzpatrick would start for the Dolphins against the Buffalo Bills next week. “Decided that this was the best thing for the team, and gives us the best chance to go up into a tough environment and try to pull out a win”.

While he is talking about that in the context of facing the Bills, Miami presumably isn’t moving forward with the mindset that they can mix and match their two quarterbacks based on their opponent, so if they are looking at Fitzpatrick now, they are likely looking at him for Week Eight against the Steelers as well.

Pittsburgh has already beaten him as a member of five different teams. Will he have an opportunity to make it six, including 75 percent of the AFC East?