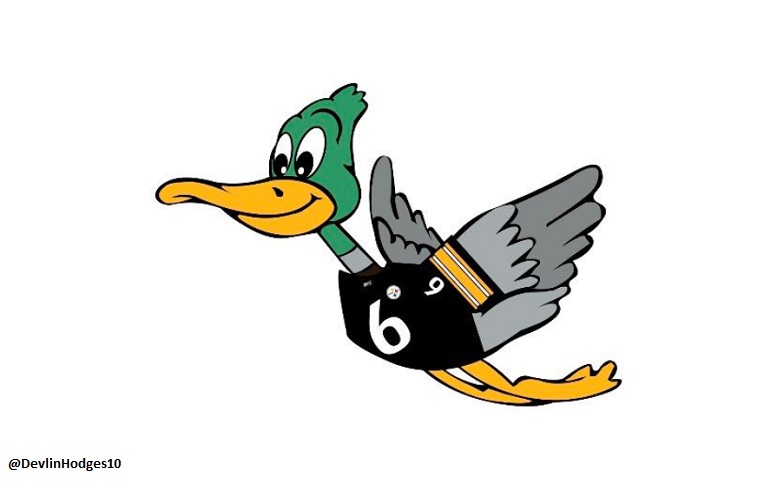 On Friday it was learned that Pittsburgh Steelers rookie undrafted free agent quarterback Devlin Hodges will indeed make his first career NFL start Sunday night against the Los Angeles Chargers and that means the Samford product will have a chance to accomplish a feat that very few in the NFL have been able to do during the Super Bowl era, which began in 1966. That feat is winning a first career start during as an undrafted free agent in the true rookie year.

To date, and according to research on Pro Football Reference, Hodges has a chance to become just the sixth undrafted quarterback to win a first career start during a true rookie season. A few of the quarterbacks who have already accomplished the unique feat might ring a bell.

According to PFR, Ed Rubbert was the first undrafted quarterback to win his first career start during his true rookie season. Rubbert accomplished the feat with the Washington Redskins in 1987 when he beat the St. Louis Rams 28-21. It’s worth noting, however, that Rubbert was a replacement player during the 1987 strike season. After the strike ended, Rubbert and his 3-0 record as an NFL starter were done for good.

We had to wait a long time for the next quarterback to accomplish the feat and it was none other than Matt Moore in 2007 as a member of the Carolina Panthers. Strangely enough, that was the year that the Panthers lost starting quarterback Jake Delhomme for the season due to him needing ligament-replacement surgery for his injured elbow. His backup that year, David Carr, had a back issue and so Vinny Testaverde was signed. Eventually, Moore got the opportunity to start later in the season against the Seattle Seahawks and he led the Panthers to 13-10 win. Moore completed 19 of his 27 total pass attempts in that win for 208 yards with no touchdowns and no interceptions.

Max Hall was the next quarterback to accomplish the feat in 2010 as a member of the Arizona Cardinals.  He won the first NFL game he started against the defending Super Bowl champion New Orleans Saints and did so by completing 17 of his 27 pass attempts for 168 yards and no touchdowns. Hall threw one interception in that game and fumbled twice. The Cardinals won the game 30–20. After this performance, Hall was named the Pepsi Rookie of the Week for Week 5. Coincidentally, Chargers offensive coordinator Ken Whisenhunt was the head coach of the Cardinals in 2010.

Matt McGloin was the next quarterback to accomplish the undrafted feat in 2013 with the Oakland Raiders. McGloin completed 18 of his 32 total pass attempts for 197 yards and three touchdowns and led the Raiders to a 28-23 victory over the Houston Texans in his first career start.

The most recent quarterback to pull of the feat was Kyle Allen and he did so last season against the Saints. In that 33-14 Panthers road win, Allen completed 16 of his 27 total pass attempts for 228 yards and two touchdowns.