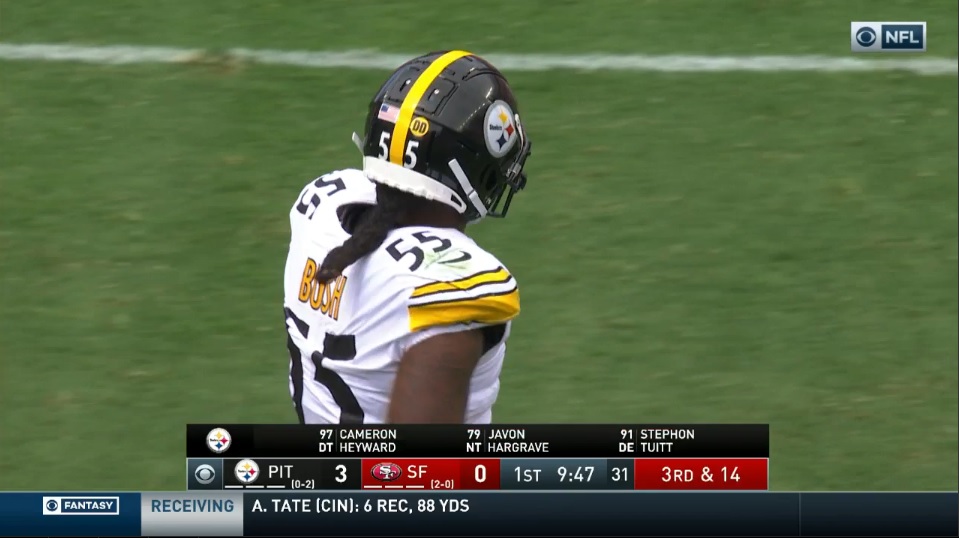 After recording just 15 turnovers last season, the Pittsburgh Steelers’ defense is already nearing that total with nine turnovers in four games this season. For a team that was starved of takeaways last season, it seems that turnovers are coming from left, right and center this year.

When asked if he believes the defense’s ability to rattle the quarterback was the reason why the Steelers have recorded more turnovers, Mike Tomlin had a different reason – ball awareness.

The Steelers are on pace for slightly more sacks this season but thanks to an offseason emphasis on ball awareness, they are on pace to more than double the number of takeaways they recorded last season.

“I think it comes down to ball awareness. That is something we have really been stressing, not only through the team development process but way back in the spring. If you want to create turnovers, first you have to be a group who is aware of the ball and who is carrying it and the opportunities associated with that. I just think in general, we are displaying better ball awareness and it is producing opportunities to get it,” Tomlin said Tuesday.

After producing just 15 turnovers last season, Tomlin and general manager Kevin Colbert turned their attention towards adding players with proven records of being playmakers around the football. They brought in the likes of Steven Nelson and Mark Barron in free agency, while also drafting Devin Bush and then putting the finishing touch on their plan by acquiring Minkah Fitzpatrick just a few weeks ago. So far, those four players have combined for six of the team’s nine takeaways.

Fitzpatrick and Bush have shown a nose for the football as the duo have revamped the Steelers’ defense over the last month. Bush is currently tied for the league lead in fumble recoveries with three while Fitzpatrick has already added an interception and forced fumble despite playing just two games with the team thus far.

The tide seems to be turning on Barron as well, as he finally showed flashes of being the player the Steelers envisioned him of being as he brought down his first interception of the season in Monday night’s victory over the Cincinnati Bengals. With a fumble recovery also attached to his name, Barron has contributed for two turnovers in four games this season.

Nelson is the only newcomer to not record a turnover yet but his consistent play along the left side of the field has been a refreshing taste for a Steelers’ defense that had to rely on Artie Burns and Coty Sensabaugh last season.

For the first time in a while, the Steelers have an opportunistic defense focused on taking the football away and that is going to be important for a team that will need every opportunity they can afford should they plan on turning this season around.