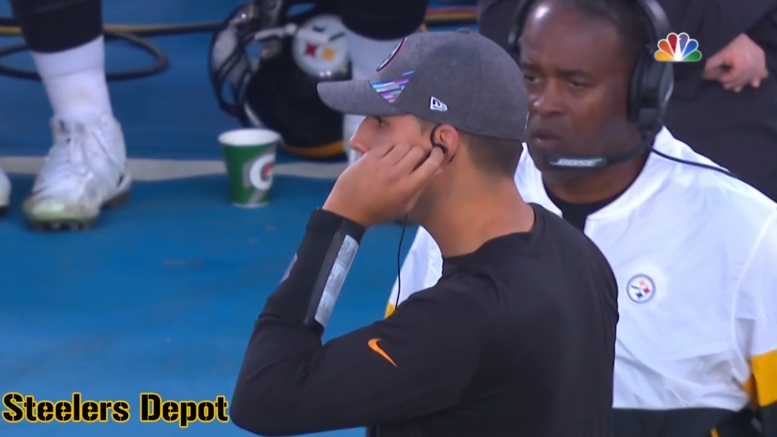 Mason Rudolph has sat out the past two weeks since he suffered a concussion while playing against the Baltimore Ravens back in Week Five. He only missed one game of action because the Pittsburgh Steelers were on a bye week, but he has been chomping at the bit to get back on the field even before then, as he recalled while speaking to reporters yesterday.

“It was frustrating to have to sit out when I felt pretty close to normal, pretty fine, clear in the head”, he said of watching from the sideline for the Los Angeles Chargers game, in which he wanted to play. “It was the best thing for my long-term health. We’ve got a lot of specialists here, so I complied with their thoughts”.

Not that he wanted to. He wanted to be out there with his guys. And not only did he want to, he felt, physically, as though he was able to. But recovering from a concussion isn’t just about how you feel physically. And fortunately he understands that.

“I’m a competitor and I like to feel like I know my body. But the thought process from the specialist was, ‘if you take a lesser hit, you could be out for longer’”, Rudolph said. “I was just more vulnerable at that point, so I really didn’t have a choice. I’ll look back on this, ten years down the road, and I’ll be glad that I did sit out for a week. But I wasn’t happy in the moment”.

Whether at the time or in hindsight, though, it’s pretty clear, I think, that the team made the right decision for him. With that being said, it’s great that he was even in the position that he felt as though he could play at the time without ill effect.

Rudolph has started three games for the Steelers since Ben Roethlisberger was placed on the Reserve/Injured List. They have gone 1-2 in those games, but in the two losses, they held leads in the fourth quarter and saw turnovers from Pro Bowl skill position players come back to haunt them late.

Obviously, there is room for the young quarterback to improve upon his performance through the first three and a half games’ worth of action he has ever seen professionally in a meaningful setting, but the coaches and his teammates are excited to see him back out on the field and to get back to making progress as a group.

They all appreciate Devlin Hodges for what he was able to do filling in and helping them secure a victory over the Chargers last week, but even the rookie quarterback himself understands his role on the team, and that when Rudolph was healthy, he would be back under center, with Duck back on the bench.