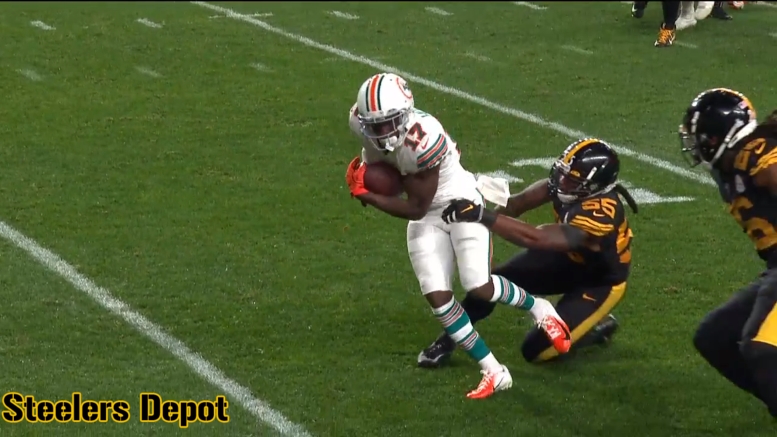 The Pittsburgh Steelers came out on the field and played poorly to start the game last night. Or at least the offense did, with Mason Rudolph, in his first game back from a concussion, throwing an interception on an ill-advised pass on the second play of the game.

By the time the first quarter was over, the Steelers were trailing 14-0 and not looking particularly threatening. They even misfired on a fourth-down attempt with six yards to go. It was a play that they had, but simply failed to complete, with Rudolph throwing his pass behind James Washington.

It’s not that often, or at least it hadn’t been that often, that you’ll hear the crowd vigorously booing at Heinz Field for the home team, but that was the soundtrack to the first quarter and much of the second before they began to turn things around. And their quarterback was right there with them.

“I would’ve booed that performance, too”, he told reporters after the game during his press conference. “You’re coming out slow, and it’s the Pittsburgh Steelers, there’s a standard here. We weren’t meeting it at the time. But when your back’s against the wall and you dig yourself a hole, 14-0, and to come back the way we did, I was really proud of the group, proud of the way we responded as an offense”.

Even though they were playing a winless Miami Dolphins team, there is still something to be said for their ability to shut the door the way they did and respond with 27 unanswered points. The offense began to protect the ball, the defense began to take it away, and outside of a Chris Boswell miss from 54 yards out, special teams held up its end as well.

Regardless, given the circumstances, last night’s victory was an important one both pragmatically and philosophically. The win keeps them in the division race, but the way in which they won also shows us some things about them.

They showed resilience to come back from a two-touchdown deficit early in the game, and to shut the door. They showed they can adjust during the game and clamp down when they have to. They showed that they can continue to take the ball away.

And most importantly, we saw more of Rudolph than we have seen in any of his other appearances, both the good and the bad. We’re learning more and more about him as he’s learning about himself as a professional. And the more understanding there is, the more control they can exercise to dictate the results.