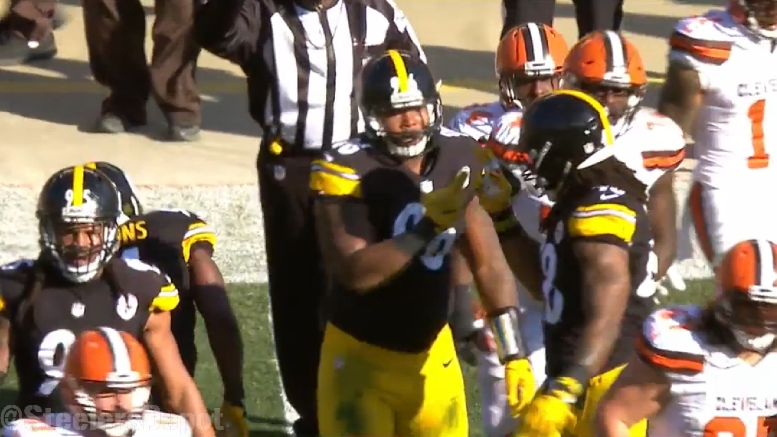 There was once a time in the history of the Pittsburgh Steelers where if you left the team, or the team let you go, that was the end of your relationship. Over the past decade or so, however, more or less beginning with the unusual signing of Antwaan Randle El back in 2010, reunions with former players have become relatively commonplace.

Whether it’s William Gay or Plaxico Burress, Larry Foote or Matt Spaeth, James Harrison or David Johnson, the examples are plentiful. The latest is L.T. Walton, who frankly hasn’t been gone that long. In fact, he never played a snap between his last for the Steelers and his next.

Walton was a sixth-round pick by the Steelers in 2015 as a defensive end. He spent most of his rookie season on the inactive list, but ended up playing a large role by the end of his second season because of Cameron Heyward’s season-ending pectoral injury, as they were hurting for depth.

In part due to his showing during that time, the Steelers wanted to find an opportunity to get him more work, so they used him as a nose tackle, and he passed Daniel McCullers as the top backup at that position for the 2017 season, but the roles reversed last year, and he was back to being a healthy scratch.

Now with Stephon Tuitt out for the rest of the year with a torn pectoral, we are back in the same boat, only it’s not 100 percent clear of Walton will be the one asked to step up. The sixth lineman this year has been Isaiah Buggs, a rookie and himself a sixth-round pick. Either he or the fifth-year veteran will dress.

What Walton does offer is experience and intimate knowledge of the season. “I have been here for a while”, he said. “I understand what it takes to be a Steeler”.

If he can step up and deliver some quality snaps that will allow Heyward and Javon Hargrave and Tyson Alualu to get some snaps off and preserve them some for the ends of games and for later on in the season, then he will have done his part. The next man up mentality very much applies here.