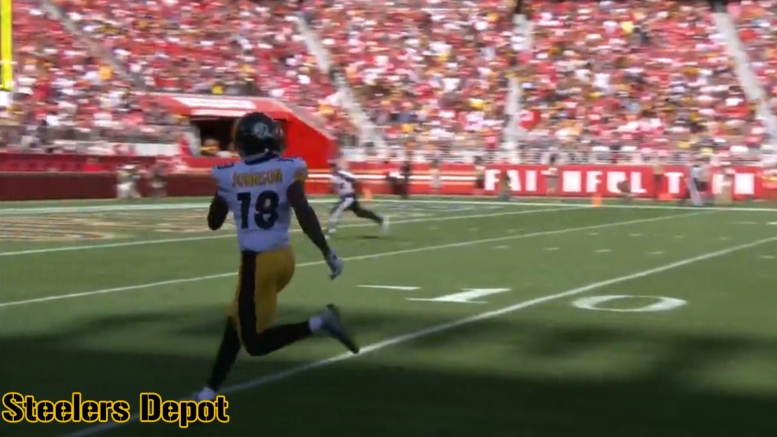 The Pittsburgh Steelers haven’t exactly had a ton of opportunities to play with a lead with Mason Rudolph at quarterback so far. In other words, we still don’t really know a lot about their identity as an offense and how it has changed with Ben Roethlisberger no longer in the picture.

What we do know is that since Roethlisberger’s injury, this offense hasn’t been a particularly adventurous one with respect to putting the ball in the air. They have had their gadget plays here and there, even experimented with running out of the Wildcat with Jaylen Samuels, but the quarterbacks, including Devlin Hodges, haven’t been pulling the trigger very often.

Despite that reality, Rudolph, returning from a concussion, talked earlier this week about wanting to continue to play with the same aggressive approach, not allowing the injury to alter his thought process on how he is going to attack the game.

He has taken sparse shots here and there—he’s thrown a couple of deep touchdown passes to Diontae Johnson, for example—but overall, he has been relying on short passes. In their win against the Cincinnati Bengals, he only attempted a small handful of passes beyond the line of scrimmage.

Running back James Conner was asked about the aggressiveness comments after practice yesterday. “I think we’ve been aggressive”, he said. “It’s just that playmakers have got to make plays. It goes back to early on in the season, converting on third downs and stuff, so we can’t be more aggressive. It’s not that we weren’t aggressive, it’s just some situations that we were in. We’ll be alright though”.

This much certainly can’t be denied: the Steelers haven’t put themselves in the best positions to be aggressive so far this year. While their success rate on first-down plays has been a bit better than last year’s, they have still struggled to stay ahead of the chains on second down, and have failed to convert on over 70 percent of their third-down opportunities.

The offense showed signs of life in that regard—converting on third down—last time against the Los Angeles Chargers, while Hodges was at quarterback. Will Rudolph be able to help continue to pick up the pace? Will the offense be able to stay ahead of the chains and leave themselves with manageable situations on third down?

And more to the point, will that allow them to open things up more and be more aggressive than they have been? It would help, for starters, to have their full complement of weapons. James Washington missed the last game, for example. He is still banged up, but practicing, so he could be back for Monday’s game.