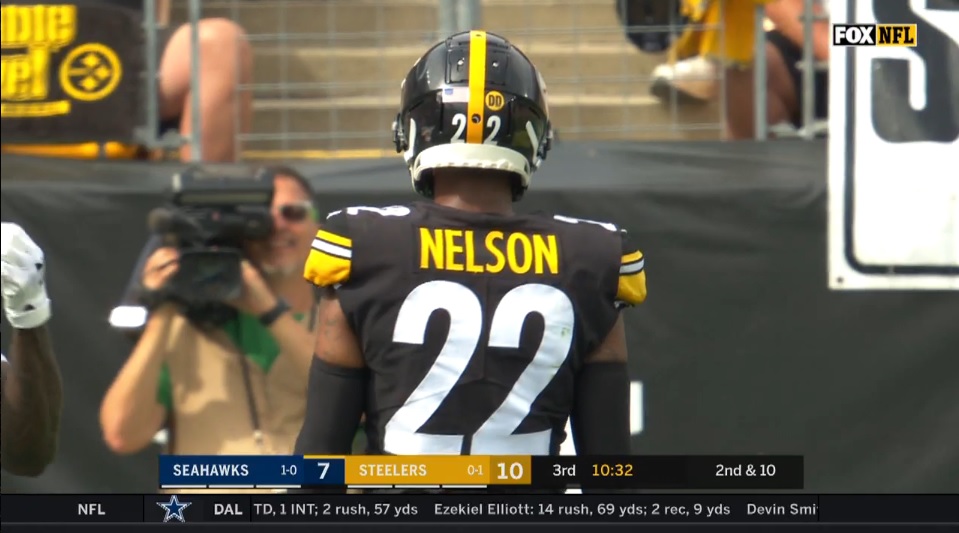 For the first time in seemingly forever, the Pittsburgh Steelers have a cornerback group that has the rest of the NFL on notice. For a long time in the city of Pittsburgh, it seemed that having a solid group of cornerbacks was a pipe dream, a dream that was as realistic as pigs flying. Well, pigs might as well start flying because the Pittsburgh airfields have been empty since September thanks to an upgraded cornerback room.

In one offseason the Steelers managed to upgrade a cornerback room that once consisted of Joe Haden, Coty Sensabaugh, Artie Burns, Mike Hilton and Cam Sutton. The upgrades involved only two changes; replacing Sensabaugh for Steven Nelson, who has been one of the best players on the Steelers’ defense this season and demoting Burns to special teams’ duty.

A man who prefers to operate in silence, Nelson has been putting up solid performance after solid performance but without the big box score numbers, his play has gone under the radar this season. That is a shame because his play on the field has been hard to keep quiet about.

Last Sunday was more of the same as Nelson had another crucial pass break up with this one coming in the end zone. Most impressive of all on the play is the closing speed that Nelson shows as he closes in on Willie Snead. Nelson would be a starter on most teams and the Steelers have to be happy to have two starting caliber cornerbacks at their disposal.

Hilton got into a bit of a slump last season but he is on his way to his best season yet. Sunday may have been his best game of the year, as he recorded one interception, one pass break up and one tackle for a loss. The Steelers already knew about Hilton’s ability in run defense but his play in coverage this season has caused more than a few jaws to drop. Hilton’s interception was a good example of this as he reads the eyes of Lamar Jackson and drifts back off his receiver in order to make a great interception.

The hidden gem of this unit, Sutton is on pace to play the fewest amount of defensive snaps of his career but he has made every moment count. The Steelers have rotated Sutton in on third downs to relieve Hilton from time to time and it’s easy to see why. The third-year defensive back had a key pass break up on Sunday’s game as his diving pass break up on Marquise Brown took seven points off the board.

Like Nelson, there is a good chance Sutton would be a starting nickel back for many teams but in a talented cornerback room like the one the Steelers have, Sutton is seeing just over 20-percent of the defensive snaps.

While the Steelers were unable to escape with a victory against the Ravens, the play of their cornerbacks helped keep the matchup as close as it was. Hilton’s interception added three points to the scoreboard while Nelson and Sutton’s pass breakups kept 14 points off the board for the Ravens.