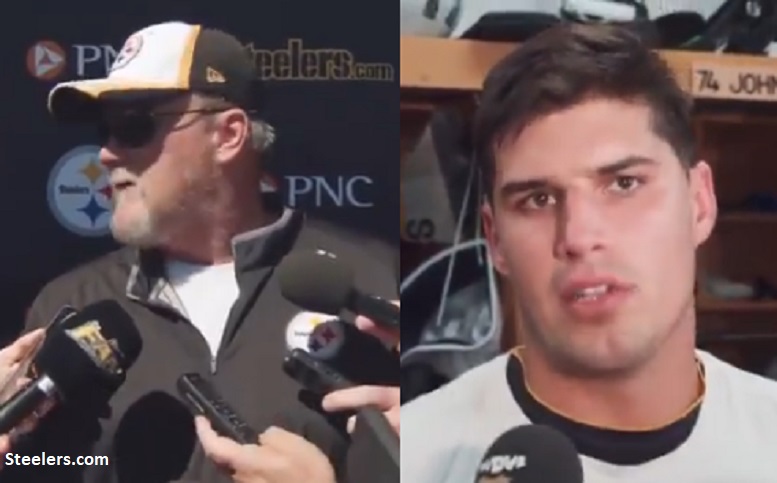 Welcome back to the dink and dunk era of Pittsburgh Steelers football. No, Todd Haley is not back in town but with second year quarterback Mason Rudolph starting for the rest of the season, the Steelers have been very conservative with their offense.

The next opponent on Rudolph’s agenda is the Baltimore Ravens, a team that has allowed over 300 yards passing in each of their last three games. If there was ever a time for the Steelers to take the leash off and let Rudolph sling the football downfield, this Sunday would be that time.

Offensive Coordinator Randy Fichtner also believes that his quarterback is capable of taking advantage of a vulnerable Ravens’ defense.

FIchtner was later pressed on the fact that the Steelers’ offense have only provided one play over 50 yards through the first quarter of the season and was asked if that is a product of the offense not clicking. His answer seemed to point more in the notion that the Steelers were seeking more yards after the catch rather than air yards.

“You know, I don’t know. We always talk about catch short, run long. We’ve got to break tackles. We’ve got to make guys miss. That’s the way this league is. We call it playmakers. Playmakers got to make plays. If you’re on the field, you’re a playmaker. Make plays,” Fichtner said.

Johnson has especially impressed in his short time with the team, as his 13.2 yards per reception rank fourth on team while his 8.1 yards per target rank third.

Fichtner’s comments may seem a little misleading but it is obvious that no one on this team believes that letting Rudolph air it out for sixty minutes is a sustainable winning strategy and they are probably right.

No receiver on this team screams deep threat and Johnny Holton, the receiver the Steelers are utilizing in a vertical role originally made the roster through the practice squad. Rudolph may be capable of airing it out more than he has shown over the last two weeks but with Johnson, Washington and JuJu Smith-Schuster, Fichtner seems to be implying that the strength of this receiving core remains in its yards after the catch ability.