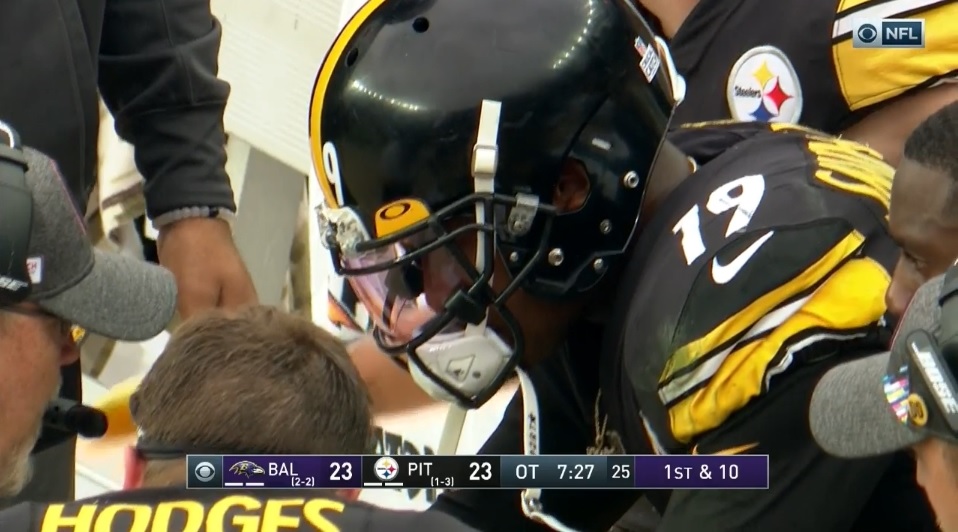 The Pittsburgh Steelers need a whole lot right now. First and foremost, they need some wins, then they could use a healthy quarterback and they could also use some more luck to go their way. While luck and a healthy quarterback seem to be out of their control, the Steelers can make their pursuit of victory very easy by simply taking better advantage of their opponent’s turnovers.

The Steelers’ inability to capitalize off their opponent’s turnovers have plagued the team this season and while there are more than a few reasons why the team is off to their worst start since 2013, their inability to generate points off turnovers is a pretty significant one.

With 12 turnovers this season, the Steelers are already nearing their total of 15 from all of last season but even with the increase in turnovers, Mike Tomlin’s team has been unable to do much with them. Off those 12 turnovers, the Steelers have scored 39 points, which equates to just 3.25 points per turnover.

The Steelers’ offense has been gifted some great opportunities by their defense but the offense has only been able to cash them in for field goals more often than not. That issue has only been magnified since Mason Rudolph took over for an injured Ben Roethlisberger.

Since Rudolph’s first start in San Francisco, the Steelers’ defense has recorded 10 turnovers but the offense has only scored 25 points off those turnovers. What makes matters even worse is the fact that almost half of these turnovers have resulted in Rudolph taking over in opponent territory but instead of going for the kill shot and aiming for the end zone, the offense has settled for the safe three points.

Over the last three games, the Steelers have started in opponent territory four times due to a turnover and all four times they have called on the services of Chris Boswell, not for extra point duties though but for a field goal attempt. Four drives starting in opponent territory due to a turnover and four field goals, that is the wrong 100-percent conversion rate this team is looking for.

Whether the fault directly falls on Rudolph is debatable as Randy Fichtner’s play calling has hamstrung the Steelers at times and it could not have been more evident than yesterday’s loss when a wildcat play call at the Ravens’ seven-yard line took the Steelers from a 2nd and one to a 3rd and six.

What is more concerning or promising, depending on how you choose to look at it is that the Steelers’ only touchdown drive off a turnover over the last three weeks came with Devlin Hodges at quarterback. The third string quarterback, who was not even on the roster to start the season orchestrated perhaps the best drive of the season as he put together a 10-play, 87-yard touchdown drive following Devin Bush’s interception.

The defense may have had its rough moments over the last month but they have given the offense every chance possible to escape victorious. The biggest difference between this team being 1-4 and perhaps 3-2 or even 2-3 is the offense constantly fumbling every opportunity it is given.