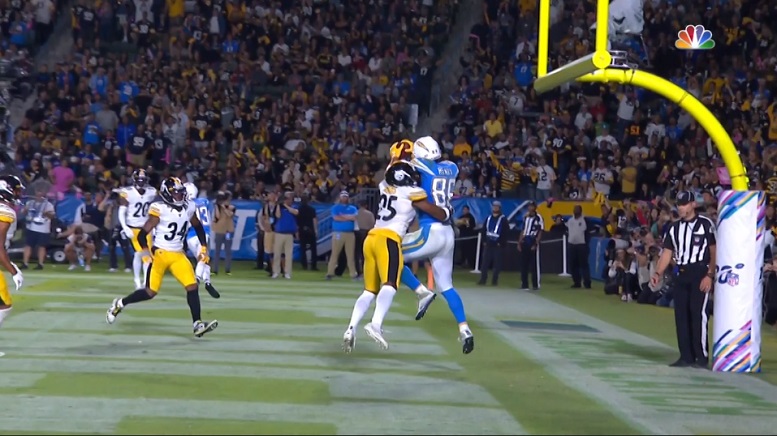 The 2019 NFL trade deadline is now right around the corner and ahead of that happening, the 32 ESPN NFL Nation reporters were asked to pick potential trade targets for every team. Brooke Pryor, who now covers the Pittsburgh Steelers for ESPN.com, curiously chose cornerback Artie Burns as the likeliest player to be dealt by the team by this year’s deadline. Below is her reason for choosing Burns:

“After starting every game in 2017, the former first-round pick’s contributions have taken a significant decline since he was benched for most of the final seven games of the 2018 season. This season, he has taken a backseat to free-agent acquisition Steven Nelson, though Burns got his first start against the Chargers with Nelson out due to injury. Burns played well enough to earn a game ball against the Chargers, but he’ll go back to playing a limited role once Nelson comes back. Burns is in the last year of his rookie deal, and he seems a likely candidate to depart in free agency. The team, though, could trade him now and get a boost in another area like wide receiver.”

Personally, I will be surprised if there’s any team willing to trade for Burns ahead of this year’s trade deadline. He’s not under contract past this season so a team would need to be desperate to deal for him. The most Burns would net the Steelers is a sixth or seventh-round draft pick. Because of that, the Steelers are probably better off keeping him as a depth piece. Besides, at this point they’ve already paid their former first-round draft pick out of Miami an $800,000 roster bonus. Additionally, his base salary is just $957,862 and thus there’s not much cap room to be saved at this point by trading him away.

Burns did start in place of fellow cornerback Steven Nelson this past Sunday night against the Los Angeles Chargers and that was essentially his first real start since he was benched following the Steelers week 6 game last season against the Cincinnati Bengals. Steelers defensive coordinator Keith Butler was asked this past week to assess the play of Burns against the Chargers when he met with the media.

“I think he played well for us,” Butler said. “He did a good job for us. It was good for him to get in there and get his shoes dirty a little bit and let him go play and cover some people. He got in there and got some time.”

Butler was then asked if he thinks things will start finally clicking for Burns moving forward following his play Sunday night against the Chargers.

“It is hard to say,” Butler said. “A lot of times when corners are out there and they get beat deep once or twice, they start grabbing at the top of routes and stuff like that and it worsens the situation. The biggest thing for me for Artie is his confidence. That game right there will help his confidence.”

The Steelers currently have both of their starting cornerbacks in Nelson and Joe Haden dealing with groin injuries and luckily the bye week came at the perfect time for them to heal up. Keeping Burns as a depth player makes the most sense at this stage of the season unless the team were to get an unexpected lucrative offer for the cornerback. What will likely happen with Burns is that he’ll sign elsewhere during the 2020 free agency period and hopefully more than the minimum so that the Steelers will have a shot at gaining some compensatory draft pick value for losing him as an unrestricted free agent.

Personally, I think Pryor should have named defensive tackle Javon Hargrave as the player most-likely to be dealt by the Steelers. While dealing Hargrave also isn’t likely to happen, he’d likely be the one in most demand that could deliver a decent return to the Steelers if a team knew they could keep the defensive tackle past this season. That said, with the Steelers still very much in contention through six weeks of the 2019 regular season, it doesn’t make sense for them to trade away Hargrave before this year’s deadline and especially now that defensive end Stephon Tuitt has been lost for the remainder of the season due to a torn pectoral muscle he sustained this past Sunday night in the team’s road win over the Chargers.