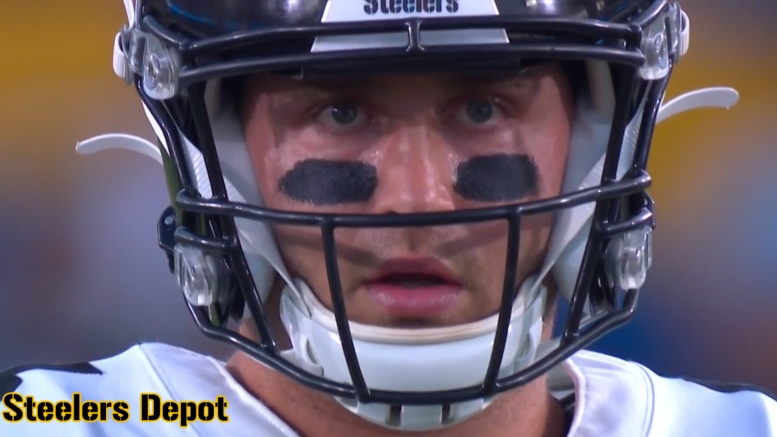 The need for a team to start more than two quarterbacks in a single season happens more frequently than you might think. The Pittsburgh Steelers have done it on several occasions throughout the Ben Roethlisberger era. The 2019 season proved to be just the latest, and this rendition included a quarterback starting who did not even make the initial 53-man roster.

That would be the rookie undrafted free agent Devlin Hodges, an FCS product out of Samford. He attended the Steelers’ rookie minicamp on an invite basis, made the 90-man roster, and impressed throughout the offseason, but was released in favor of Mason Rudolph and Joshua Dobbs during the roster cuts.

He went unclaimed on waivers and unsigned until the Steelers signed him to the practice squad a week later after trading Dobbs, but he ended up on the 53-man roster a week later as Rudolph’s backup following the Roethlisberger season-ending injury.

And then he ended up starting in their last game against the Los Angeles Chargers. He completed 15 of 20 passes for 123 yards with a touchdown and an interception. It wasn’t a remarkable performance either way, but it was enough for a win.

Now that Rudolph has cleared the concussion protocol, however, he is heading back to the bench. “I’m not disappointed at all” about returning to the backup role behind Rudolph, he told reporters yesterday, via Joe Rutter of the Pittsburgh Tribune-Review. “It’s nice to see him fully back”.

He added that he figured, that he knew he would be going back to the bench, even though he looked comfortable running the offense and isn’t much less experienced than Rudolph. “Mason was the starter from the get-go. It wasn’t like he was playing bad. He just got injured”, he said.

“When he got injured, as the backup my job was to step up and do what it takes to be successful and give our team the best chance to win a ballgame, and that’s what I did”.

Because of Rudolph’s concussion and inability to play last week, the Steelers had to promote Paxton Lynch from the practice squad to serve as Hodges’ backup quarterback. Now that Rudolph has returned and is prepared to start the team’s next game, it would not be surprising if Lynch were to be waived by the end of the week heading into their Monday night game.

“Mason is my guy”, the rookie quarterback added of his slightly more veteran teammate. “He’s going to support me, and I’m going to support him. I told everyone he’s one of my closer friends on the team, so I’m super excited he’s back”.