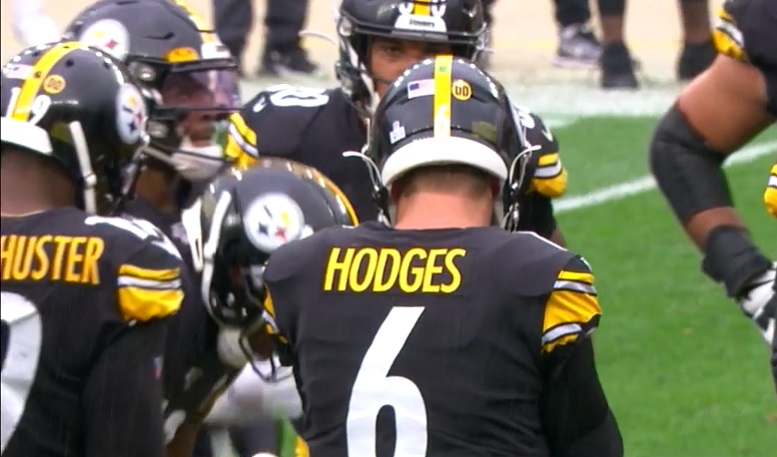 The Los Angeles Chargers will host the Pittsburgh Steelers Sunday night and their head coach Anthony Lynn made it sound like on Wednesday that his team is preparing for rookie quarterback Devlin Hodges to start against them. Additionally, Lynn made it clear on Wednesday that the Steelers offense will likely be in good hands should indeed Hodges be the one to ultimately lead it Sunday night.

“I know they’ve gone through a couple of quarterbacks, but the young man that came in last week, I mean, I thought he was outstanding,” Lynn said of Hodges, who made his NFL debut this past Sunday when he took over for concussed starting quarterback Mason Rudolph early in the third quarter. “The first thing he did was take them straight down the field and score and he knew exactly what he was doing. He was well prepared and that was impressive.”

Lynn also said Wednesday that he thought Hodges was impressive during his college career at Samford as well.

“And then when you go back and look at his college stats, every time he was on a big stage, you know, he showed up,” Lynn said of Hodges. “And so, this is not too big for him.”

While Rudolph did practice in a limited capacity on Wednesday as the scout team quarterback, the consensus seems to be that even if he clears concussion protocol by the end the week that Hodges will make his first career start Sunday night against the Chargers.

After being told on Wednesday that Rudolph was practicing in some capacity to start the week, Lynn was asked if it’s tough to prepare not really knowing which quarterback he might end up facing Sunday night.

“I mean, yeah, when you don’t know which guy is going to go initially, but what I saw last week it looked like it’d be Hodges,” Lynn said.

Hodges talked to the media on Wednesday as well and was asked if he’s preparing to start Sunday night against the Chargers.

“Yeah, I prepare to start every week,” Hodges said. “That is what I do. Every week I’m going to try to be the best I can be and compete and prepare like I am the starter.”