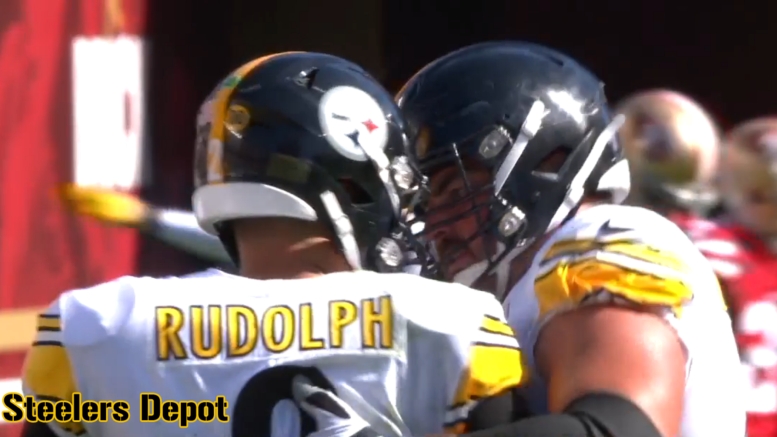 The Pittsburgh Steelers were 1-4 heading into last Sunday night’s game against the Los Angeles Chargers, with the Baltimore Ravens having already advanced to 4-2 earlier in the day at that point. With a loss in Carson, they could have fallen three games back in the division with 10 weeks left to go, and no indication that things are going to get better.

And they were starting a rookie undrafted free agent quarterback who had just made his NFL debut the week before late in the second half. But the team played as a whole, all three phases of the game, to earn a rare west-coast victory under very trying circumstances, much to the pleasure of owner Art Rooney II, who spoke to Ian Rapoport earlier this week on the NFL Network reporter’s podcast.

“I was proud of them”, Rooney said of their victory with Devlin Hodges. “They could have easily said, ‘well, we have no chance in this game’. We’re playing a guy who wasn’t even on our roster in Week One, but they rallied around the quarterback and the defense played good and we got some turnovers that allowed us to get a lead, which helped. It was a good win for us”.

Currently on their bye week, the Steelers are now 2-4, which is tied for the second-best record in the AFC North, and the Ravens have a tough schedule ahead, including the Seattle Seahawks, the New England Patriots, and the San Francisco 49ers in three of their next four games, all of whom have beaten Pittsburgh this year.

“It’s early in the season, a long way to go”, Rooney said of their season outlook. “I think as long as our guys keep fighting, Mason is one of those players that’s learning on the job and so far he’s done a good job, but we’re playing some young guys at a few different positions, and they need to step up and keep improving. But the bottom line is that we just have to keep fighting week in and week out”.

While the defense took a big hit with Stephon Tuitt suffering a season-ending pectoral injury, the Steelers are also getting Mason Rudolph back at quarterback, and they have some favorable matchups coming up next, starting with the winless Miami Dolphins, so the next month or so is fertile ground. If they don’t make serious headway relative to the Ravens during this period, they’re probably not going to, quite frankly.

One thing to add is that there isn’t much incentive to ‘tank’ the season from a team-building perspective, since it’s a one-year issue with Ben Roethlisberger returning in 2020, and they’ve traded their first-round pick anyway. It only makes sense to do everything they can to win, no matter how fruitless the endeavor might feel.