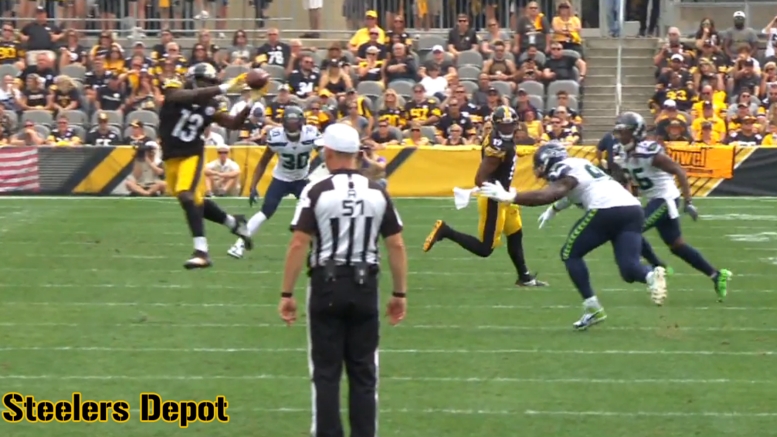 While much of the focus over the course of the past two weeks has been on the state of the injuries of this or that player, one whom we haven’t talked about as much up to this point is second-year wide receiver James Washington.

The former second-round pick suffered a shoulder injury in the game against the Baltimore Ravens in Week Five and had to sit out their subsequent game the following week against the Los Angeles Chargers. Like so many other players, the bye week immediately after that proved to be well-timed.

Washington was a full participant in practice for the entire week, so that is a very good sign that he will make his return. He is, in fact, not even listed on the final injury report, so it would actually be quite surprising if it ends up that he does not dress for the game.

With Mason Rudolph also coming back after missing a game due to a concussion, the hope is that the Steelers’ offense can start getting the deep passing game on-track, something that the second-year quarterback spoke to reporters about during the week, and his prior history at the college level with Washington is intended to be a key part of that.

Most of the go routes that have been targeted so far this year have gone in the direction of Johnny Holton, with pretty awful results. He has yet to catch a pass, and while I believe he did draw a pass interference penalty one, he also got flagged for one as well.

The Steelers need Washington not just back on the field but contributing in a meaningful and significant way. He has only caught nine of the 21 passes he has seen so far this season, even if for 140 yards, with a long of 45 yards—and that one was from Ben Roethlisberger. It’s time to get him involved and contributing heavily, provided that he shows he can manage it.