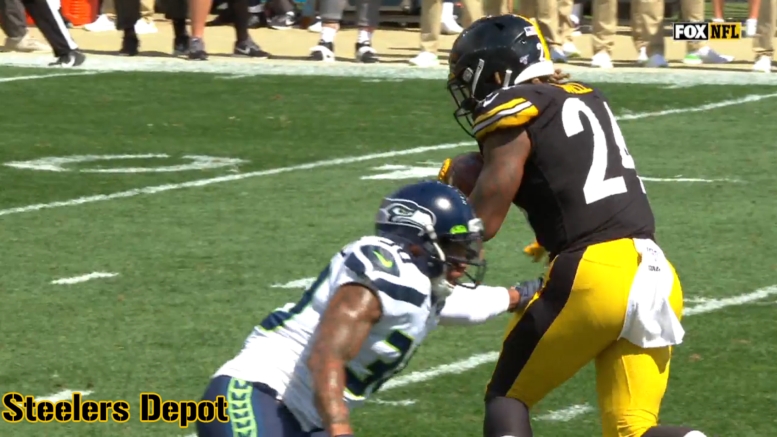 Question: How big of a role will Benny Snell have while Jaylen Samuels is sidelined?

It can be debated just how significant is the loss of Jaylen Samuels, the second-year, second-string running back who is value for his ability to contribute in the passing game. He averaged about 26 yards per game through the first five weeks and scored one touchdown.

Mike Tomlin said of Samuels and his usage that they took the ‘if you have red paint, you paint your barn red’ approach. In other words, whatever skills he offered, they chose to utilize. He is currently not available, but Benny Snell is, and he has a different set of skills, to be utilized in different ways.

The Steelers have already dabbled with using Snell as a situational short-yardage back, in which category he did meet with some success, but what he has been asked to do is very limited. He has just six touches on the year for 30 yards, 23 of which came on his first touch.

He is only averaging roughly two snaps per game on offense, but about eight times that number on special teams. Samuels was seeing about 20 snaps per game, so there is some meat on the bone for Snell to get on the field over the course of the next few games.

That is if the Steelers want him to be out there. In the past, they have used four-receiver sets to go without a running back, particularly last season when James Conner was thrust into a starting role with not much behind him.