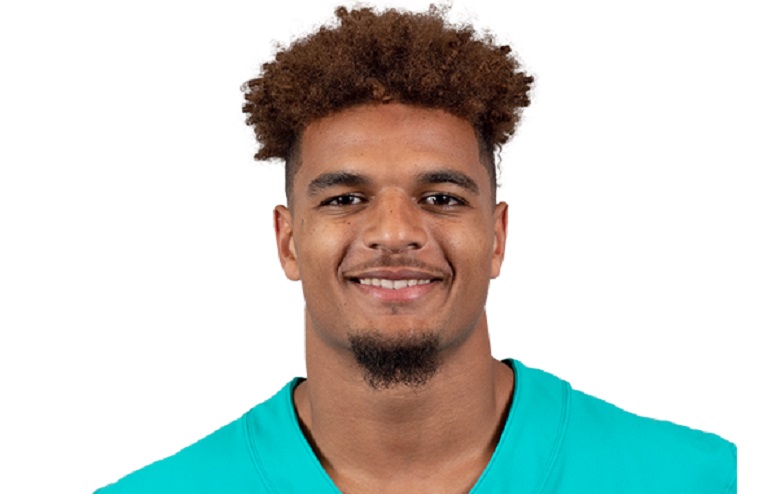 According to Chris Mortensen of ESPN Thursday night, former first-round pick Minkah Fitzpatrick has received permission from the Miami Dolphins to seek a trade. On Friday, Dolphins head coach Brian Flores did a bad job of hiding that the shopping of Fitzpatrick is now underway,

Fitzpatrick, who is just 22 years of age, reportedly doesn’t like how the Dolphins are using him on defense, which was in the box a lot in the team’s Week 1 loss to the Baltimore Ravens. He’s also reportedly unhappy about having to play multiple positions.

I’ve already been asked several times since Thursday night if the Steelers should or could trade for Fitzpatrick. My response to those kinds of questions is, yes, the Steelers should inquire about the Alabama product and especially if they view him as being more of a free safety type. The fact that Fitzpatrick is still on his rookie contract that includes a fifth-year option also probably makes him attractive to not only the Steelers, but quite a few other NFL teams as well.

With Sean Davis now in the final year of his rookie contract, a Steelers acquisition of Fitzpatrick would obviously ease the burden of needing to draft a free safety type in 2020. That is, of course, if the Steelers deem Fitzpatrick as best-suited to play free safety and that the young defensive back doesn’t mind it being his more permanent position moving forward in his career.

Jim Nagy, the executive director of the Senior Bowl, gave Fitzpatrick quite an endorsement on Twitter Friday morning. That’s certainly worth something but isn’t the end all do all. Fitzpatrick’s Alabama tape shows why the Dolphins selected him in the first-round of the 2018 NFL Draft. He’s a position flexible player with great measurables and he played at a powerhouse college.

Perhaps the biggest red flag associated with Fitzpatrick right now is that he’s essentially attempting to force himself out of Miami just because he doesn’t like how the new coaching staff is using him. Even his mother recently publicly chastised the Dolphins on Twitter for the way they’ve been using her son. While not the worst thing ever, it’s not a good look for the young defensive back just the same. If I were him, I would tell mom to stay off social media and out of my business. Is she the new Eli Apple mom?

No you would never want to do that maybe it’s because he is not a ss and is being used to suit other people skill set not his own . But you know let’s just keep ripping him because we know it breaks your heart to do that

Personally, I view free safety Fitzpatrick’s best fit with the Steelers, should the team indeed have interest in him. Yes, he could also function in the slot as a nickel or dime corner as well. There are rumblings, however, that Fitzpatrick only wants to play in the slot moving forward and if that’s indeed true, it’s unfortunate. Sure, he shouldn’t be pigeonholed as a box player by the Dolphins, but he shouldn’t pigeonhole himself as just a slot defender just the same.

Would the dolphins accept a second-round selection plus tackle Chukwuma Okorafor in exchange for Fitzpatrick? It’s hard to say. Okorafor probably wouldn’t be bad compensation for the Dolphins now that they’ve traded Laremy Tunsil to the Houston Texans. Okorafor got kicked down the Steelers depth chart behind Zach Banner last weekend so it’s probably not like he isn’t untouchable right now.

The dolphins probably shouldn’t be in a hurry to deal Fitzpatrick, but odds are probably good that he’ll be out of Miami by next weekend. Once again, because Fitzpatrick has so many attractive qualities still, the Dolphins have probably already received several calls from other teams inquiring about him.

In closing, don’t get your hopes up when it comes to Fitzpatrick and don’t get mad of Colbert for failing to acquire the young defensive back should a trade fail to materialize. Personally, I don’t think Fitzpatrick has shown enough yet to warrant costing a first-round draft pick. While he is worth a second-round draft pick in my eyes, several other teams might feel the same way. We’ll see how this ultimately shakes out, but odds are good that when Fitzpatrick is ultimately dealt that it won’t be the Steelers acquiring him.

Flores’ full Friday press conference is below and most of the questions he fielded during it were about Fitzpatrick. It’s worth a watch.