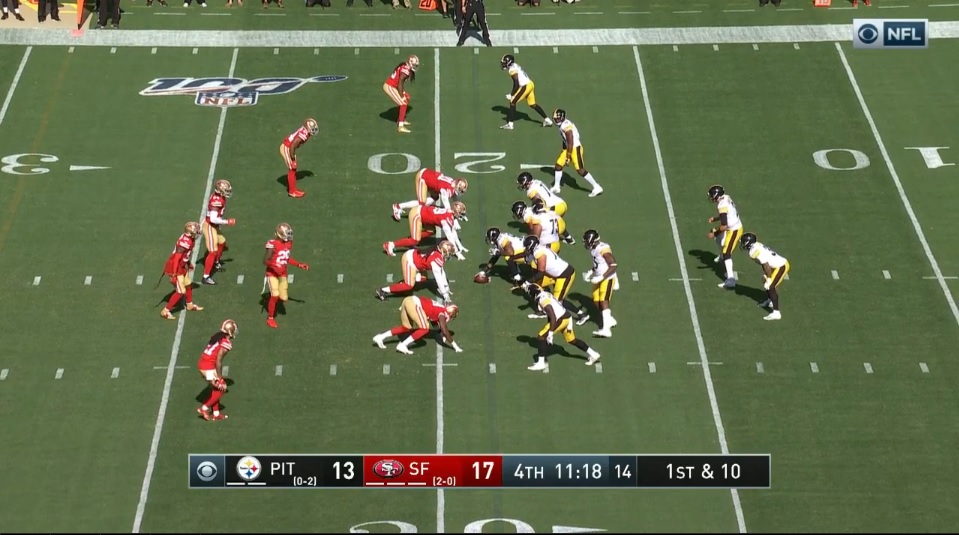 Roosevelt Nix will miss at least another week with a knee injury and with how quickly Mike Tomlin has been ruling him out, doesn’t appear likely to return anytime soon. While that leaves a bigger hole on special teams and the coverage unit, an area that struggled Sunday against the 49ers, it also has created an opening at fullback. And so far, the Steelers haven’t found anyone to replace him.

“We have some other ways at our disposal to level the playing field and create opportunities for ourselves there,” Tomlin said during his Tuesday press conference.

He was then asked if any non-tight end is capable of playing the position.

“Not at a varsity level, not at a level that merits some of the situations that you call on the fullback in a short yardage and goal line and others.”

Xavier Grimble has received some work at fullback with Nix out though Tomlin revealed Grimble left with an injury in the loss to San Francisco. With Vance McDonald also out, that left rookie Zach Gentry as the only tight end available. The team begrudgingly gave him ten snaps.

“We really were limited in terms of some of the things that we could do all offensively, particularly as it regards to running the football. So we got some things to clean up there. I think that’s one of the reasons why we went out and acquired Nick [Vannett].”

It’s odd that even with the team so thin last weekend, they refused to play Zach Banner. He didn’t log a single snap despite playing 13 against the Seattle Seahawks the week before. Instead, the team asked tight ends to fruitlessly block defense ends and their run game ultimately went nowhere. Playing an offensive tackle has its disadvantages but considering how desperate the team was, how woeful the run game has been, and their history of using it against 4-3 teams (like the 49ers) it was a curious decision. The Cincinnati Bengals are a 4-3 front so we’ll see how the team approaches using Banner and fixing their run game Monday night.

Cincinnati, for what it’s worth, has had a hard time stopping the run over the first three weeks. They’re 25th in the NFL allowing 4.9 yards per carry and allowing nearly 170 yards per game, second worst only to the Miami Dolphins.