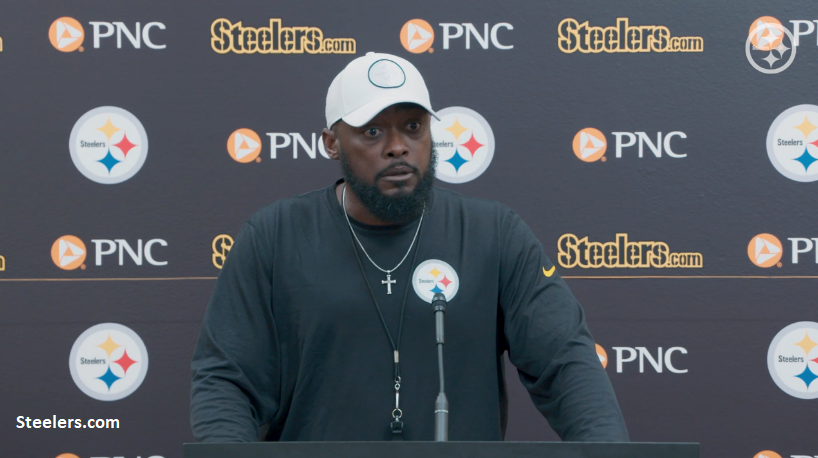 The Pittsburgh Steelers are 0-2 entering Week 3 of the 2019 regular season and on Sunday they’ll play the 2-0 San Francisco 49ers on the road. The Steelers enter their Week 3 road game against the 49ers with an all-time record of 1-5 in the Pacific Time Zone under head coach Mike Tomlin and that’s obviously a cause for concern. On Tuesday, Tomlin was asked to reveal the challenges the team faces going to the West Coast and if he’s thought any about making any alterations to the team’s travel plans.

“We made some alterations but nothing significant,” Tomlin said. “We’re going to get up and go on Saturday morning and kind of operate on a East Coast time, if you will, in an effort to get a fluid night’s rest and be ready to play on what will be a 4:25 East Coast time kickoff on Sunday.”

In short, expect the Steelers to leave a bit earlier for San Francisco on Saturday. Last season, the Steelers flew out of Pittsburgh for Oakland at 9:12 a.m. EST. That was a bit of a change from the norm for them.

During his Tuesday press conference ahead of that game last season against the Raiders, Tomlin was asked if there are any challenges related to going to the West Coast to play a game because of his teams not faring well historically when having to play west of the Mississippi river.

“I’m sure there are some, not any that I’m willing to acknowledge or at least acknowledge from a logistical standpoint,” Tomlin said. “We’ve got a game to go play. They’ve played East Coast games. It’s life in our League. Historically, some of the things that you mentioned, we just spent a lot of time talking about history. My concern is this group this week in preparation for the group that they employ, so that’s my focus. I acknowledge the history that you speak of, but it’s not a major component of logistical preparation and things of that nature for us as we get ready for this game. It’s just not.”

The Steelers ultimately lost to the Raiders 24-21 and it marked the third time that the Steelers have lost to them in Oakland since Tomlin became head coach in 2007. The Steelers other two Pacific Time Zone losses under Tomlin came against the 49ers in 2011 and the Seahawks in 2015. The Steelers lone Pacific Time Zone win to date under Tomlin came against the San Diego Chargers in 2015. That Monday night win, however, came on the game’s final play, a 1-yard run by running back Le’Veon Bell as time expired.

As mentioned, the 49ers enter their Week 3 home game against the Steelers with a 2-0 record after beating both the Tampa Bay Buccaneers and Cincinnati Bengals on the road. The 49ers only allowed 17 points in each of those two games and on Sunday they’ll face a quarterback making his first NFL start in Mason Rudolph. At the very least, Rudolph and the rest of the Steelers players shouldn’t have a hard time adjusting their body clocks during this trip out west.

#Steelers enter their Week 3 road game against the #49ers 1-5 in the Pacific Time Zone under head coach Mike Tomlin. Last win in San Francisco was 1999. 0-2 since. https://t.co/H2StgEPVMO pic.twitter.com/HiQcMheuRW