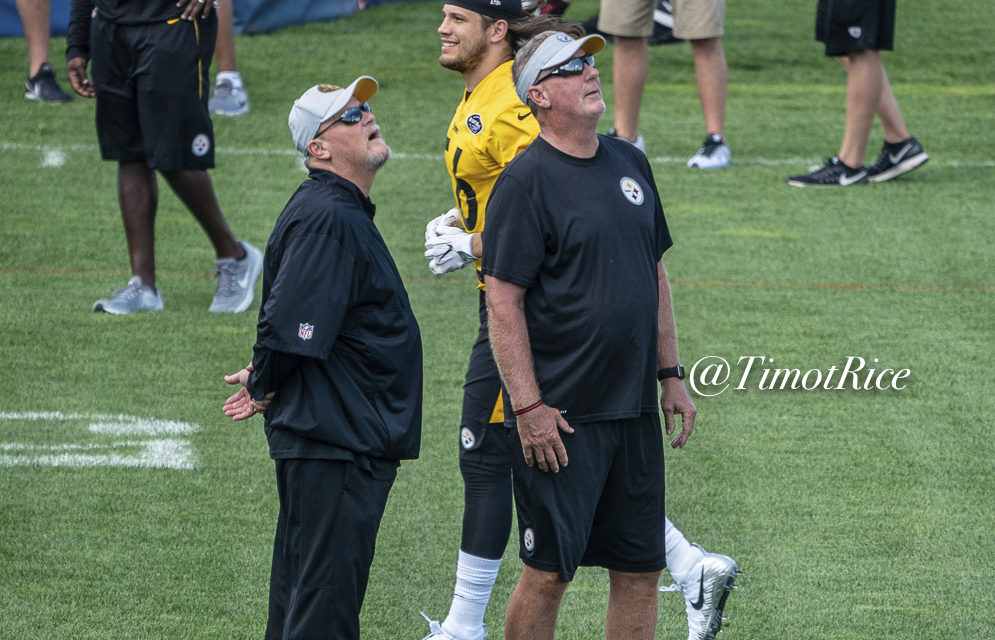 As we will do every Saturday to get you ready for the week’s game, our X Factor of the week. Sometimes it’s a player, unit, concept, or scheme. Our first X Factor article of the season, the key area to watch in Sunday’s opener against the New England Patriots.

Said it before. Gonna say it again. You don’t just beat the Patriots with superior talent. Even if the Steelers look better on paper for this matchup, and that’s a fair assessment, New England have won countless games with worse rosters. It comes down to scheme. That’s how this team won last year and that’s the only way they’re going to do it again.

For Fichtner, it’s his an early test for life without Antonio Brown. The regular season finale was ugly a year ago, struggling to do anything against a checked-out Bengals squad, but you can partially chalk that up to the chaos of Brown not being around and scrambling to replace him.

Consider this Fichtner’s first true crack at it. How does he scheme up and free JuJu Smith-Schuster? How does he get everyone else open? Does he approach the red zone any differently and what new wrinkles has he added to surprise the Patriots? His life got a little harder this offseason but that’s why he’s paid to coach.

Then there’s Butler. A coach I’ve clearly been critical of. But he’s still the defensive coordinator, like it or not, and to his credit, his best gameplan came against these Patriots last year. Now Brady and company saw what this defense is able to do, the nuances they’re able to put on tape, and get to counter it. Butler’s gotta keep that chess game going.

Talent is no longer excuse. Fire a dart at this depth chart and you’ll land on a first or second round draft pick. This group has enough talent and experience to be a much better unit than it has been. And for once, that’s the expectation. Anything else is a disappointment.

And there’s no better litmus test than playing New England in their place.

Time for Fichtner and Butler to earn that paycheck.