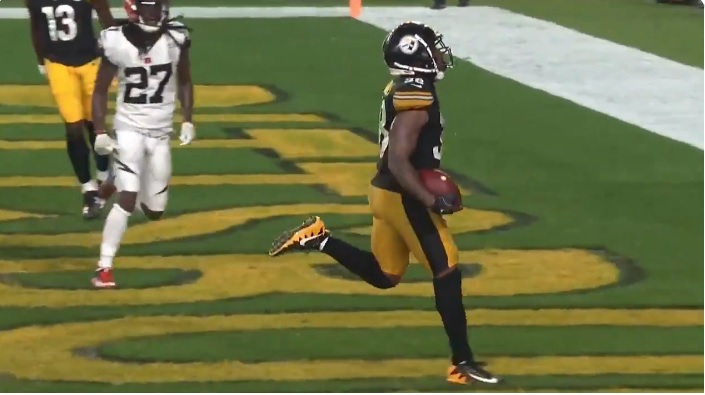 Winners and losers from the Pittsburgh Steelers 27-3 over the Cincinnati Bengals Monday night. Some really good news to share and honestly, it’s about time.

Pass Rush: This unit beasted and feasted on that poor Bengals’ offensive line. They finished with eight sacks and terrorized Andy Dalton all game long. Pick a pass rusher and you can find good tape. TJ Watt, Cam Heyward, Bud Dupree (!!!), and Javon Hargrave. Even Stephon Tuitt, who didn’t finish with a sack, got plenty of pressure. It’s fun what playing with a lead can do.

Randy Fichtner: Credit where it’s due. Fichtner got appropriately torched for his gameplan last week. This week? Felt like he threw everything out the window and started from scratch. Wildcat, jet seeps, playaction, and knowing when to take his shots. Really good gameplan to exploit a bad defense.

James Conner/Jaylen Samuels: Of course, Fichtner looks good when the talent he has produces. Conner and Samuels ran hard and effectively when called upon. Samuels showed burst gained by losing weight this offseason while Conner showcased his power and downhill running style. Best games of the year for both dudes and couldn’t have come at a more critical time.

Offensive Line: Like Fichtner, the o-line received some warranted criticism last week. Though it took a little while to get going, they wore down the Bengals’ line. Did a better job controlling the line and getting off their combo blocks to work and cover up linebackers. Imposed their will in the run game and gave Rudolph plenty of time when he did traditionally dropback.

Mason Rudolph: Rudolph got to be a game manager tonight in what felt like a 2004 Ben Roethlisberger game. But he was smart with the football, going through his reads and finding his checkdowns. Knew when to pick his spots donwfield and used his legs to keep plays alive. All traits of a quarterback feeling more comfortable. Good stuff from him.

Mike Hilton: Hilton is that dude. Pass breakup and some sturdy run defense. Pound for pound, he’s the most physical player on the team. The Steelers like Cam Sutton better on passing downs and that’s probably a fair assessment but you gotta love #28.

Devin Bush: He keeps getting better and better. The first round pick was everywhere tonight and notched his first NFL sack. Arrow pointing up for him.

Johnny Holton: To be clear, no one on this list was horrible tonight. Far from it. The offensive pass interference called against him was objectively bad and I’m not getting on him one bit. But regardless, another deep shot intended for him came up empty. There’s simply been no success trying to push the ball downfield to him.

Kameron Canaday: Really scraping bottom of the barrel here. But one of Canaday’s snaps to Jordan Berry on a punt was wide right and forced Berry to adjust. His snaps have been off the mark this season and I hope it doesn’t prove costly one of these games.