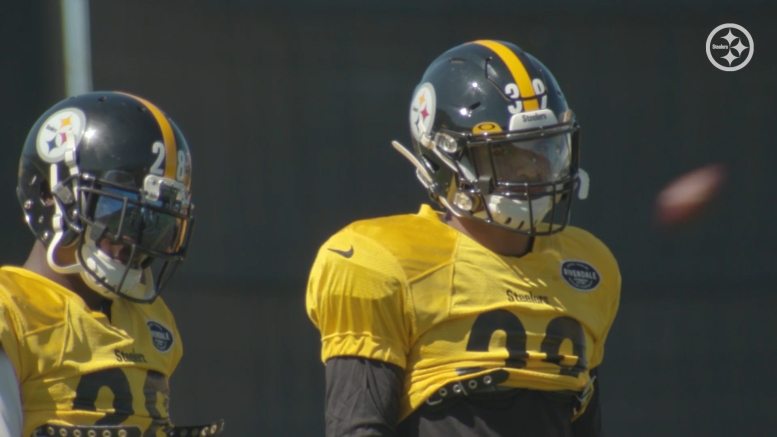 Entering today’s game, three of the Steelers’ four primary starting defensive backs—as well as their primary nickel defender—will all have been players that they have acquired from the outside in one way or another. Only Terrell Edmunds is a player that they themselves drafted or originally signed as a college free agent.

The first move in that direction was a necessary one, for certain, and that was the signing of Joe Haden in August of 2017 when he suddenly became available. They ended up inking him to a three-year, $27 million contract on the same night that the Cleveland Browns released him.

After completing the first two years of that deal, the Steelers signed him to a new three-year contract this offseason shortly before the regular season began, which included $32 million in total and $22 million in ‘new money’, relative to what was already on the books. He got $13.8 million in a signing bonus with a $3 million roster bonus this year and $3.5 million next year.

After the Artie Burns experiment finally hit rock bottom last season and they were left with Coty Sensabaugh as a starting cornerback—he is still a free agent—the Steelers went out again this offseason in free agency, finding Steven Nelson, a fifth-year cornerback from the Kansas City Chiefs.

Nelson picked off four passes last season and through two games has looked the part of a full-time starting outside cornerback. That helps justify the three-year, $25.5 million contract they handed out to him, the largest they have given, in per-year and total value, to any outside player during the free agent period.

Necessitated in part by Sean Davis’ injury, the Steelers made another big investment in their secondary by looking to other teams. Last week, they acquired second-year free safety Minkah Fitzpatrick from the Miami Dolphins, and in order to get the former first-round pick 18 games into his career, they gave up their own first-round pick in 2020.

Haden. Nelson. Fitzpatrick. Prized players in the Steelers’ secondary. Two first-round picks, one in the third. None of them that they drafted. Burns is on the bench. Cameron Sutton plays in sub-packages, largely behind college free agent Mike Hilton, for whom Pittsburgh was his third stop.

It’s not the way you want to build your team, but it’s the course of action you take if you have to, and the Steelers finally had the motivation and the means to do so in recent years. Now it’s a matter of giving it time and coaching to all come together.