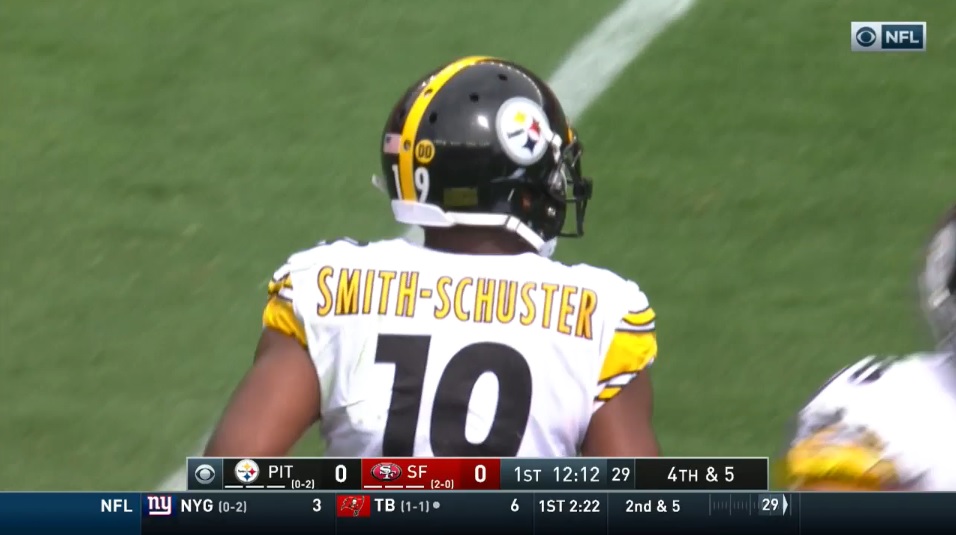 Lots of terrible and weird stats from today’s loss. Let’s get into it.

– Start with the heavy hitters. The Pittsburgh Steelers’ defense took the ball away five times today. The last time they did that and lost? 1981, a 30-27 loss to Oakland (also a West Coast trip). Like today, the Steelers’ offense coughed it up just twice.

– Pittsburgh had won their previous 37 games when creating 5+ turnovers.

– The Steelers defense recorded five turnovers for the first time since Week 2 in 2010, a 19-11 win over the Tennessee Titans. The game where Antonio Brown scored his first career TD. Just to put in perspective how long it’s been.

– For only the fifth time in the Chuck Noll era, the Steelers began the year 0-3. The years with their final records below:

– JuJu Smith-Schuster did at least have a positive moment. His 76 yard run and catch marks the 4th 75+ yard receiving touchdown in his career. That’s second most in franchise history, trailing only Louis Lipps’ five. Before today, he was tied with Martavis Bryant and Mike Wallace.

– There were some big plays that ended drives in a positive way, but the Steelers average offensive drive on its 13 possessions today? 1:50 seconds.

– When attempting at least four punts in a game, Jordan Berry’s 52.3 yard average was a career best, besting his previous high of 51, done twice.