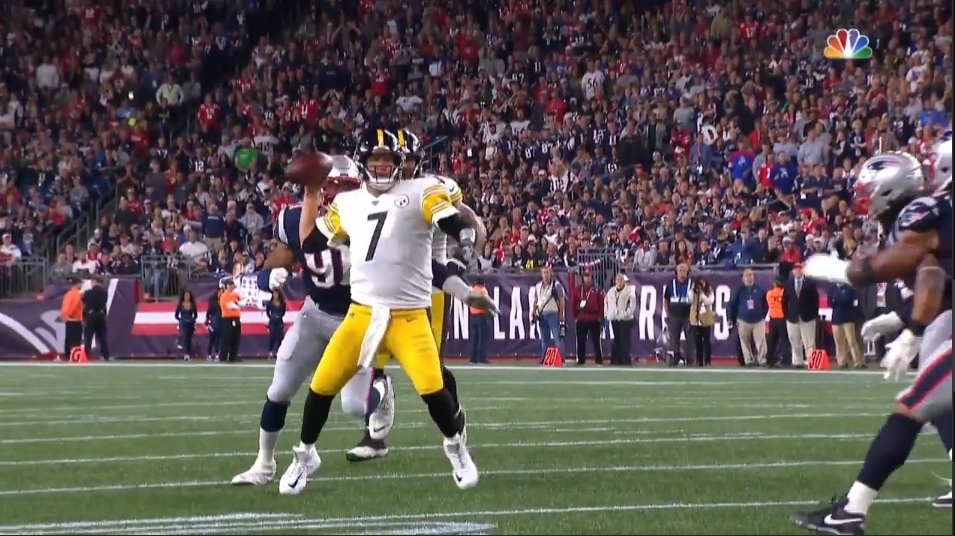 Just one sack allowed by the Pittsburgh Steelers in their opening loss to the New England Patriots. But like we’ll do for every sack given up this season, we’ll break it down and assign blame.

This is the definition of a coverage sack and certainly not one I’m going to put on the offensive line. Not all sacks are created equal, the o-line isn’t always responsible for them, and that’s why we break this down in the way we do.

Patriots drop eight into the deep red zone, clogging up windows across the board, even for the empty set the Steelers are in. Initially, there’s nothing available and sometimes that happens in this area of the field. 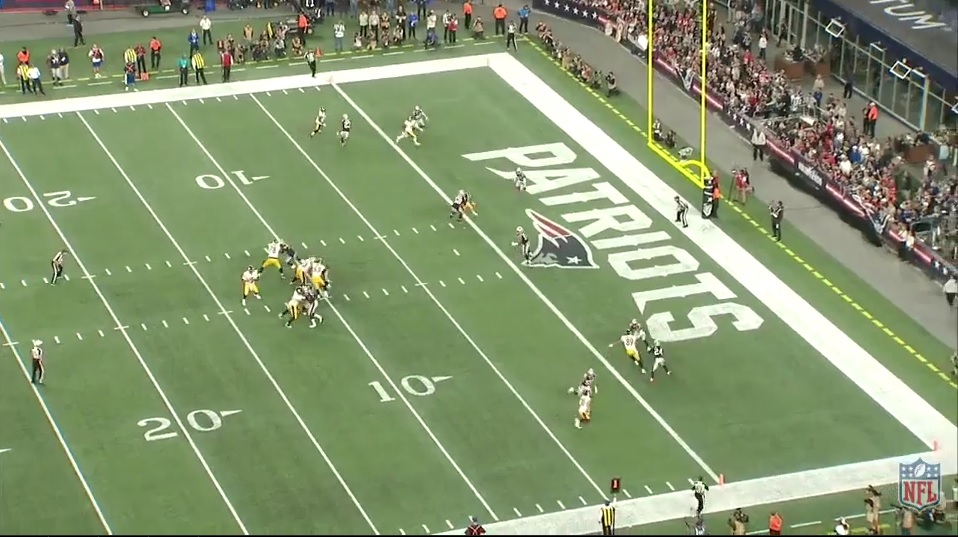 So now it turns into a scramble drill. Of the five eligibles on the field, only two have played with Roethlisberger for at least three years. That pair is JuJu Smith-Schuster and Vance McDonald, each in their third year with #7. The rest are: Ryan Switzer (2nd year), Jaylen Samuels (2nd year), and Donte Moncrief (1st year).

Clearly, there’s some work to do.

Everyone except Samuels wind up in the same half of the field with three of them in the same right third. Red zone scramble drills are harder because there is no vertical element, you can’t go deep, but I want to see these guys work harder. Moncrief jogs along before stopping, Switzer is stagnant, and JuJu gets himself pushed out of bounds. Once Roethlisberger leaves the pocket, DBs have the freedom to do those things so it isn’t pass interference. 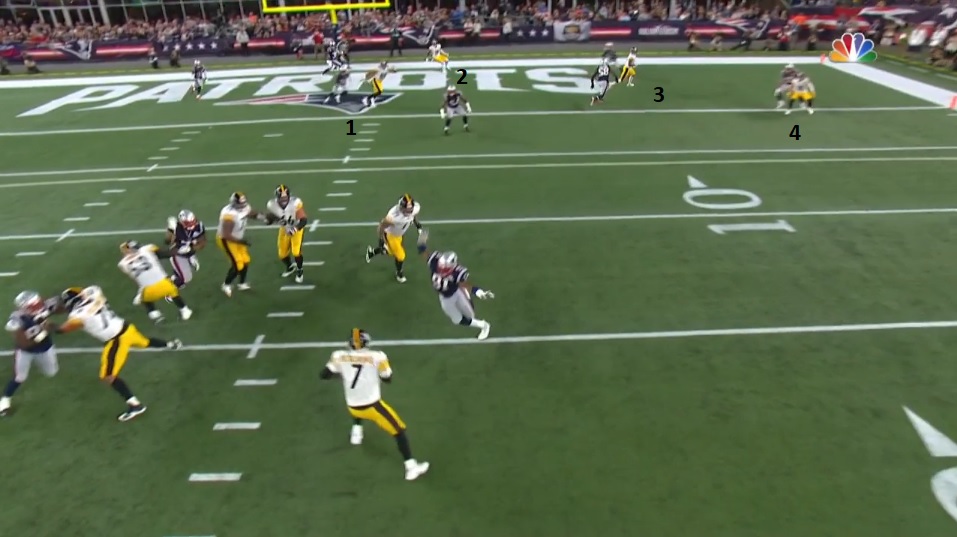 Roethlisberger runs out of time and gets smacked from behind, losing the ball. Ramon Foster showed good awareness and security and jumped on the ball to keep the drive alive, even if it ended in Mike Tomlin’s disappointing decision to kick the field goal down 20-3.

This is going to go on the receivers for not working to get open. Playing with Roethlisberger often turns into scramble drills and these guys have to show more energy, movement, and effort. It’s tough, I know, and being in the red zone with eight in coverage makes it all the harder, but they gotta do a better job playing “Ben Ball.” Standing and watching doesn’t help.

Two looks at it. End zone and aerial view.

Quick note on the Finney penalty. I know he was literally the one not called for the false start when he didn’t snap the ball but he clearly didn’t know what the cadence was. It was his fault, not his four teammates, so I’m putting the blame on him. Finney wasn’t penalized over 164 snaps last season.