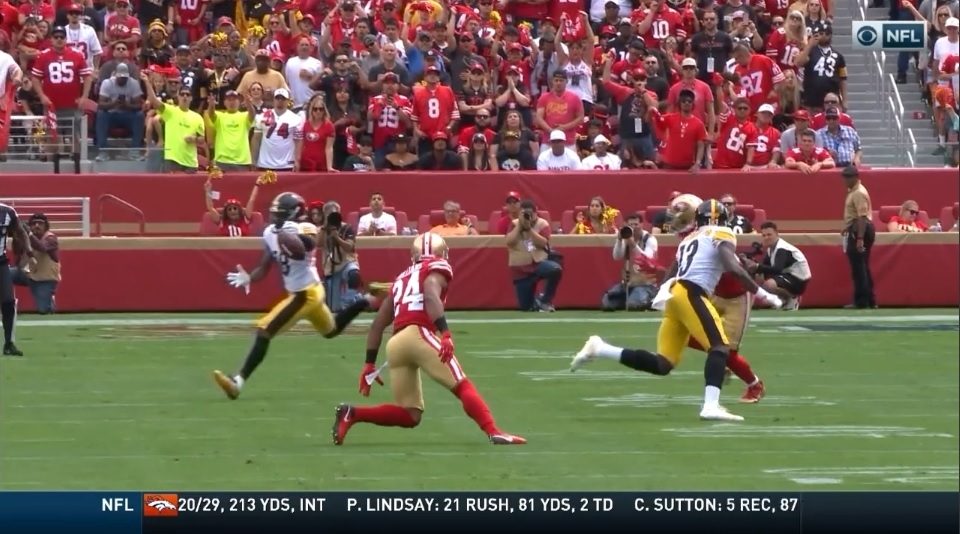 The Pittsburgh Steelers have been miserable in a lot of facets. A run game that’s spun its wheels. An offensive line not playing its best. Drops littered all over the field.

All that adds up to one central issue. The Steelers can’t move the ball on third down.

Through the first three weeks, they’re 9 of 35 on third down. Sunday was no better, an offense limping its way and finishing 3/12 on the almighty “possession downs,” a phrase Mason Rudolph used multiple times in speaking with the media.

As we noted in our Stats of the Weird, this is the worst the team’s third down offense has been through three weeks since at least as 1991. Even last year, which was far from a spectacular start, saw the offense ten points higher at 35%. They would finish the year over 44% on third down, one of the top figures in football.

It’s highly doubtful that have a similar turnaround in 2019.

“It’s the same story for us all year through the first three weeks. Converting on possession downs. It’s the same thing Coach is going to harp on.”

Failing to convert on third down led to quick possessions that saw the defense immediately back on the field. It’s unfair to absolve the defense of all their issues but it’s just as fair to assume they’re gassed. San Francisco’s offense was on the field nearly 60% of the time. And like last week, the defense faded after a strong first half performance. Only three points given up in the first half, 21 in the second half. That’s not a coincidence.

While blames goes around the entire offense, Rudolph accepted the issues start with him.

“A lot of that falls on my shoulders, obviously, to getting us in the end zone and converting on possession downs.”

Pittsburgh will face a Cincinnati Bengals team next Sunday sitting about middle of the pack on third down, allowing a 41% conversion rate through the first three weeks. The Buffalo Bills went 5/13 in Sunday’s win.