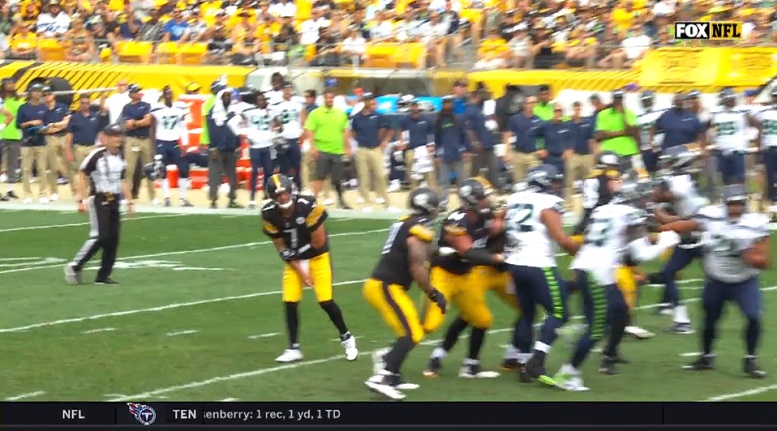 The Pittsburgh Steelers had several players go down with injuries during their Sunday home loss to the Seattle Seahawks and head coach Mike Tomlin recapped them all during his post game press conference.

Obviously the injuries suffered by quarterback Ben Roethlisberger and running back James Conner are the most worrisome coming out of Sunday’s home loss. Tomlin would speculate about the seriousness of Roethlisberger’s injury after the game but the Steelers quarterback is expected to have an MRI on his right elbow to determine extent of his injury, according to Gerry Dulac of the Pittsburgh Post-Gazette.

We’ll have to wait and see if Conner’s knee injury is serious. He suffered a season-ending knee injury late during his rookie season.

Inside linebacker Vince Williams might need a few weeks with his hamstring injury and outside linebacker Anthony Chickillo might be headed for Reserve/Injured if his foot injury is long term. He was reportedly wearing a walking boot after the game. As for safety Sean Davis, he missed the team’s week 1 game with an ankle injury and he’s now dealing with a shoulder injury.

The Steelers might have to promote quarterback Devlin Hodges from their practice squad for the team’s Week 3 road game against the San Francisco 49ers if Roethlisberger can’t play and Mason Rudolph needs to start,.

“We lost a number of guys in this game, but that wasn’t the reason why we didn’t win this game,” Tomlin said. “We were fully capable with the guys that were on the field. We didn’t make enough plays to be quite honest with you. We didn’t play clean enough, particularly in some moments. We got to get better. We accept responsibility for it. We’re not looking to make excuses. There’s just certain things that we did in that game you cannot do.”