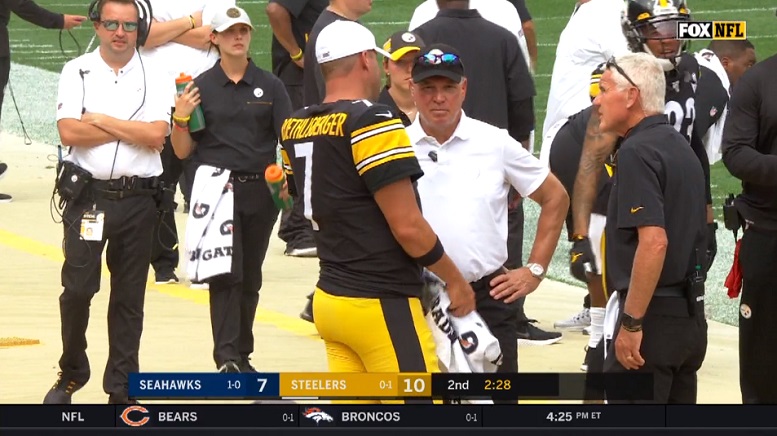 Pittsburgh Steelers quarterback Ben Roethlisberger suffered an elbow injury in the second quarterback of the team’s Sunday home loss to the Seattle Seahawks and unfortunately we still don’t know how long it will ultimately sideline the signal-caller. A few reports concerning Roethlisberger surfaced Monday morning but all of them are speculative in nature.

According to Adam Schefter of ESPN Monday morning, a decision is expected to be made on later today on whether Roethlisberger will need elbow surgery. He goes on to add that Roethlisberger wants to avoid surgery if at all possible, but ultimately doctors will make the decision.

A decision is expected today on whether Steelers’ QB Ben Roethlisberger will need elbow surgery, per league sources. Roethlisberger wants to avoid it all costs, but ultimately doctors will decide whether that’s possible.

As you can see in the video update from Ian Rapoport of the NFL Network, he really doesn’t have anything new to report on Roethlisberger Monday morning.

According to a few of the online football injury analysts, the main fear is that Roethlisberger suffered an UCL injury that would require season ending surgery.  You can see one of those video reports based totally off the television tape below.