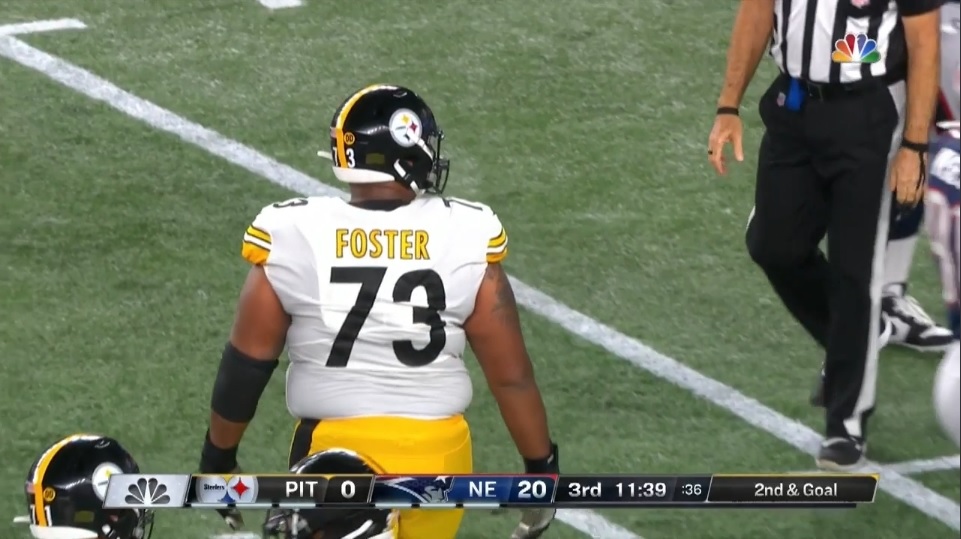 Ramon Foster, one of the roster’s most tenured players and someone look as a leader, is keeping Week One in perspective. Was Week One bad? Undoubtedly, yes, to the point where Foster referred to it as a “public embarrassment.” Which, hey, no argument here.

But it was also a wake up call and chance to learn and get better.

“Not a good showing,” he told Missi Matthews when asked to describe last Sunday night. “I feel like we were just a little behind. But a reality check more than anything. I’ve heard some people say a loss isn’t a loss, it’s a lesson. So that’s what it is. The good thing about it is that it was the first one. We get a chance to wash that one away with a bunch of good things to come.”

No group across the board performed well. That includes the offensive line. While Ben Roethlisberger was sacked just once, one we blamed on the receivers, not the big guys up front, he was under constant pressure. Alejandro Villanueva had one of his worst games in awhile and the Steelers struggled to recognize and pick up the bevy of stunts and games New England threw at them.

But Foster also pointed out how close the Steelers were to making a game out of it.

“So many missed opportunities. That game could’ve easily been 14-17 at the half. Just routine plays that like Coach T said, we showed up but we weren’t in a position to make those plays. That’s all it was more than anything. If we want to be the team we desire to be in February, we gotta correct those things quick.”

A statement that could apply across the board to anyone but it’s hard not to think about Donte Moncrief when you hear those comments. He dropped a critical 4th and 1 late in the first half, letting the Patriots kick a field goal to make it 20-0 at the half. And he dropped a pass in the end zone on the first drive of the third quarter, leading to a field goal instead of a touchdown. Hypothetically, if the Steelers score on that 4th and 1 drive and his 2nd half drop, it’s 17-14 early in the third quarter. Brand new ballgame.

But you can point to plenty of other players too. Roethlisberger was inaccurate, James Conner not decisive in the run game, and the defense…well, where to even start with those guys.

Foster said he was anxious to get back out there Sunday when Seattle comes to town.

“Moving onto Seattle is definitely the main focus of us right now. Because we have to. We have to shake this terrible feeling off us.”

.@missi_matthews sits down with @RamonFoster to talk about Week 1, playing starters in the preseason, preparing for Week 2 & more. pic.twitter.com/qvoQJphQaZ