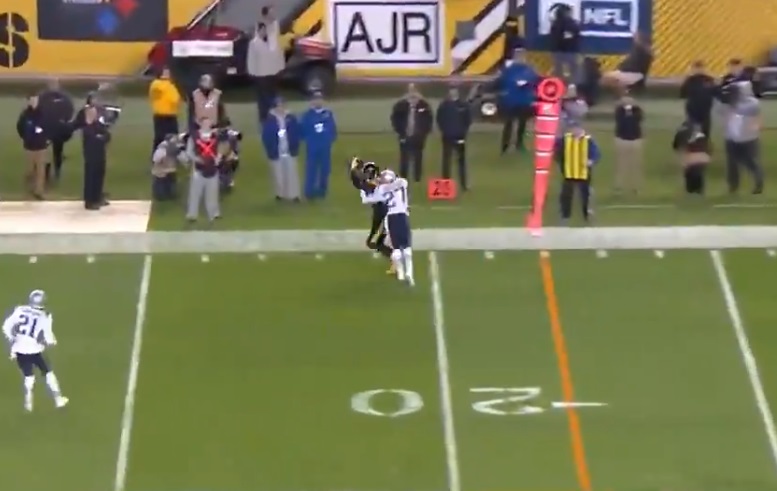 We might now have our first little bit of bulletin board material for the Sunday night game between the Pittsburgh Steelers and the New England Patriots.

On Thursday, Patriots cornerback J.C. Jackson seemingly made it clear that he doesn’t believe that Steelers wide receiver JuJu Smith-Schuster is currently one of the best at his position in the NFL.

Jackson was first asked by a media member to disclose his current confidence level entering this season after going up against some of the best wide receivers in NFL last season.

“Who are some of the best receivers in the NFL?” Jackson asked back.

When Smith-Schuster’s name was given the cornerback had another question for the media member.

“You think he’s the best receiver in the NFL?” Jackson asked.

When the response from the media member was, “One of,” Jackson reportedly rolled his eyes.

So, what does Jackson see in Smith-Schuster if he doesn’t see him as being one of the best in the league?

“I mean, he’s a great receiver. I’m not saying that. He’s a good football player,” Jackson said. “He’s physical. He’s a good route runner and he has good hands. He makes a lot of plays on the ball.”

Sounds like Jackson caught himself possibly being viewed as disrespecting Smith-Schuster and then quickly tried to backtrack some.

Sunday night at Gillette Stadium in Foxborough, Smith-Schuster is likely to see a lot of double coverage from the Patriots defense. Jackson might see his share of snaps against Smith-Schuster in that contest whenever the wide receiver is asked to lineup outside.

We’ll have to wait and see if Jackson is forced to upgrade his thoughts on Smith-Schuster after the Sunday night game. Maybe we’ll see a reverse Anthony Smith Sunday night.