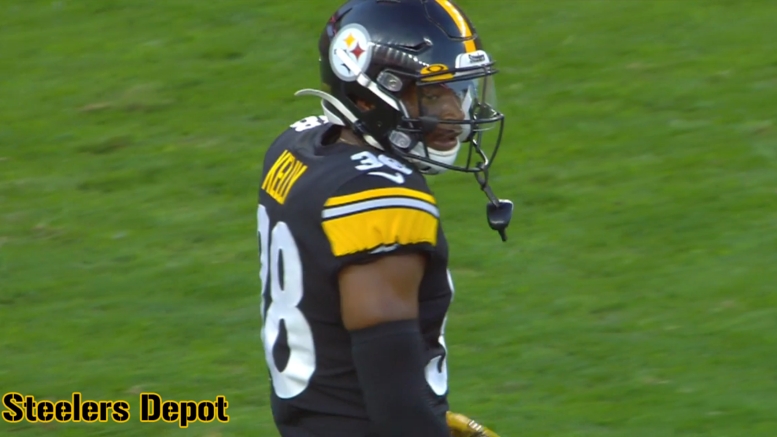 After the collapse of the Alliance of American Football earlier this spring, many players who had participated and played well in the AAF were signed by NFL teams. The Pittsburgh Steelers signed Kameron Kelly and a handful of other AAF talent. While neither Kelly nor the other signings were expected to move the needle much, Kelly has defied the odds and earned a spot on the Steelers’ 53-man roster.

Not only is Kelly the last remaining AAF signing on the Steelers’ roster but is he only one of eight former AAF players to survive the roster cutdowns throughout the entire NFL.

Kelly put together an impressive resume during his time in the AAF as his four interceptions were tied for most in the league but to say that the safety’s rise up the Steelers’ depth chart was expected would be far from the truth.

Battling against the likes of veteran safety Jordan Dangerfield, second year safety Marcus Allen and other inspiring talent such as P.J. Locke and Marcelis Branch, Kelly would have to take advantage of every opportunity that came his way and that is exactly what he did.

An injury to Sean Davis during training camp meant that Kelly would have a shot to roll with the first team defense and he quite literally took the ball and ran with it. The Steelers struggled with takeaways last season, especially from the safety position. Desperate for a ball hawk in the secondary, Kelly showed that he could fill that role.

Kelly was no longer an afterthought, instead it was the players he was battling for the Steelers’ top backup safety spot that became the afterthoughts of the group. The former AAF-safety was even included in the team’s new three safety sub package that saw Kelly, Davis and Terrell Edmunds all share the field at once.

While he did not record an interception this preseason, Kelly still showed a knack for the football, recording eight tackles and one forced fumble. By the time the Steelers’ fourth preseason game had rolled around, Kelly had practically locked down his spot on the roster.

Not bad for a player many had called a “camp body” just a few months ago.

Kelly’s rise from the bottom of the Steelers’ depth chart is not only a testament to the team’s eye for talent from other avenues but also to the safety’s ability to smoothly navigate the chaotic waters of change. That is going to be important for a Steelers’ team that has had to weather a chaotic storm this offseason.

The truth is chaos is nothing new to Kelly’s lifestyle. He was originally recruited as a quarterback out of high school before converting to safety and then to cornerback during his time at San Diego State. He was then picked up by the Dallas Cowboys in 2018, before being cut and spending the rest of the season unemployed and out of football.

Even after joining the AAF’s San Diego Fleet, Kelly was once again asked to change positions, this time to wide receiver but by week three he was back on the defensive side of the ball. A few weeks later and it looked like Kelly had begun to find his groove but he was quickly out of a job again after the AAF ceased operations.

At any point in this journey, Kelly could have packed his bags and called it quits, many players probably would have but change was nothing new to him. Now, he is finally being rewarded for his mental fortitude as he makes the 53-man roster of a Steelers’ team that looks to answer back at questions surrounding their own mental resilience.