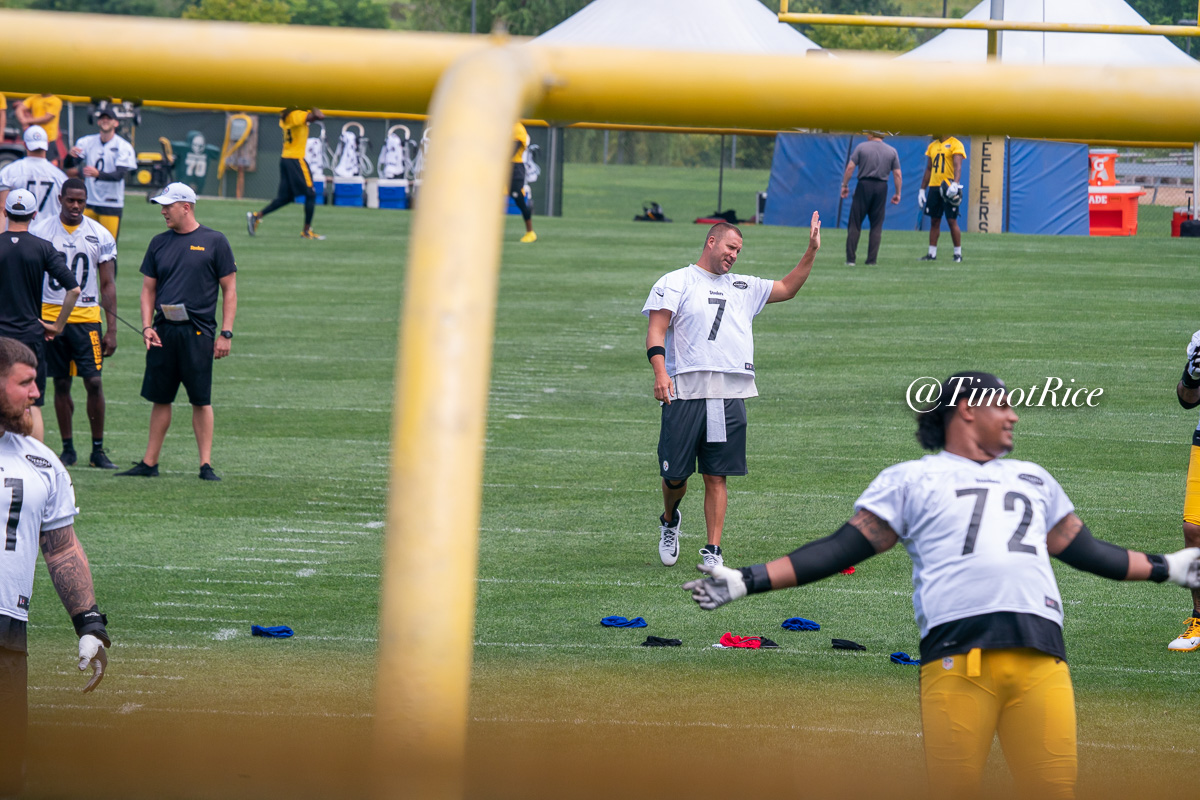 As Pittsburgh Steelers fans in the late stages of the career of franchise quarterback Ben Roethlisberger, we have come to take it as something of a given that the 37-year-old gets his veteran’s days off. He typically does not practice at all on Wednesdays during the regular season, and as Jeremy Fowler points out, that is a rarity even among quarterbacks older than him, such as Tom Brady, Philip Rivers, Eli Manning, and the like.

Those who have come to the team by way of other organizations may have been taken by surprise over the fact that their franchise quarterback is only actually on the practice field running plays with them for a portion of the practice week.

That was the sentiment expressed by tackle Ryan Harris, for example, who spent one season with the team in 2016 before retiring due to an injury. He spent the year prior to that playing with Peyton Manning and the Denver Broncos.

He told Fowler that he was “surprised” to see Roethlisberger getting the time off that he did, and listed him among the three players in the NFL who are able to dictate their needs on an organizational level, also naming Brady and Drew Brees.

Fowler also says that multiple other ‘recent’ Steelers players who have worked with other quarterbacks in the NFL “cite their surprise with Roethlisberger’s penchant for taking days off from practice”. It’s unclear if that list of ‘recent’ Steelers includes any current Steelers, but he did quote Sammie Coates and Markus Wheaton in the lengthy piece.

Fowler notes that the rest is Mike Tomlin’s call, and not Roethlisberger’s, and that other players get their veterans’ days off, such as Maurkice Pouncey, Ramon Foster, and Cameron Heyward, though none of them have such a fixed routine as the quarterback.

The ESPN reporter also relayed that one player told him, as he writes, whether fair or not, “Roethlisberger’s penchant for missing practices almost weekly and then coaching players hard when he participates can seem to suggest that everyone is on his time”.

Second-year running back Jaylen Samuels recalls Roethlisberger telling him that one of the first routes he ran on the team’s first day in pads during training camp last season as “soft as shit”. But he also pointed out that they worked closely the following day as though nothing had happened, and that he was giving him route tips.

I write this not to cast a negative light on Roethlisberger—that’s certainly not what the intention was of the article from which this information is taken—even though I recognize that the details herein will be used as fuel for those who see him as the problem.

I don’t have enough first-hand knowledge or insight into the process to make an educated statement as to whether or not Roethlisberger practicing more, and putting more stress on his body during the week, would be of service to the offense, but it’s becoming increasingly more common around the league for coaches to give players off, even with data driven by analytics showing that it helps to prevent injuries.