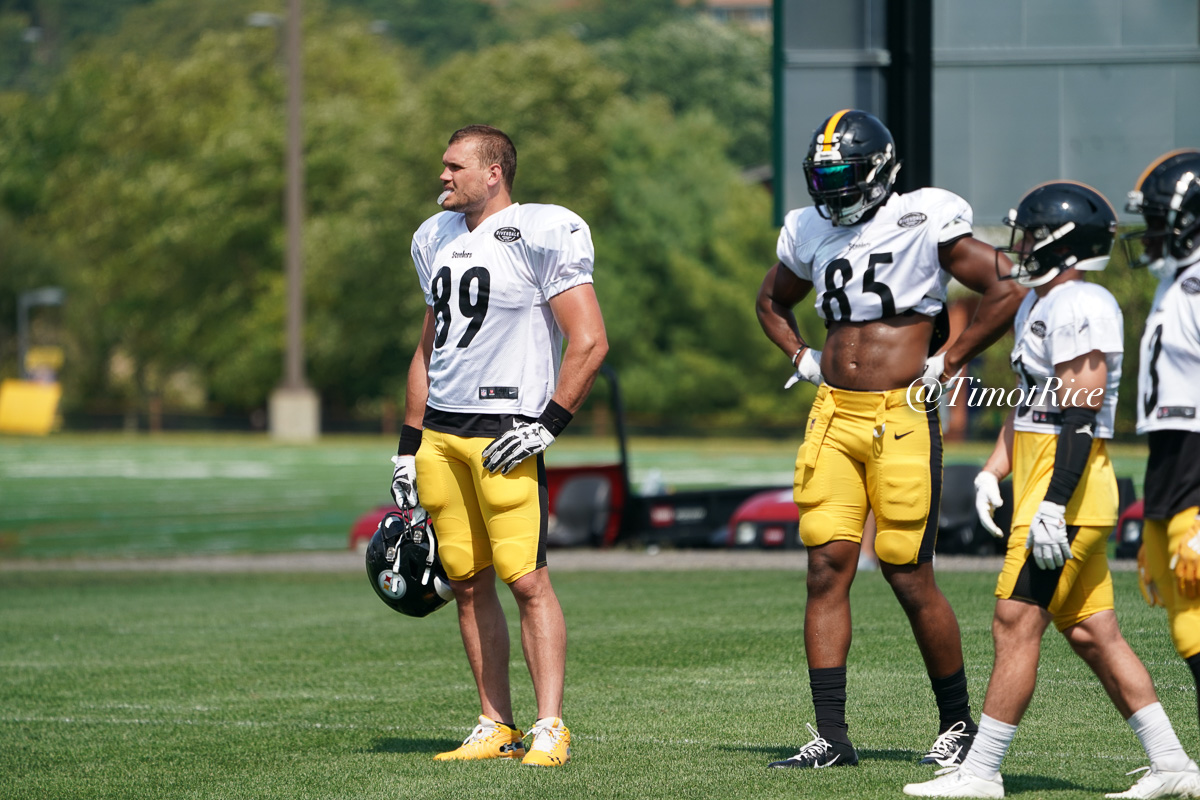 Are the Pittsburgh Steelers going to bring in a veteran tight end today? It certainly has a feel for it, doesn’t it? Between the team choosing to keep two tight ends on the practice squad while another spot remains open (including Christian Scotland-Williamson as a roster exemption, which they didn’t do last year with him), and the fact that a number of viable names at the position have become available, it’s hard not to wonder if we might not hear about a tight end signing today.

Truth be told, I’m not in the party that believes the Steelers need to address the tight end position. While I’ve soured over the past couple of years about Grimble’s potential as a pass-catcher, he has only gotten better over the years as a blocker, and I also think that Gentry can at least contribute a bit as a receiver right now.

However, if there is a weak spot on the roster, it would be this one, and given what is currently available, including veteran names like Luke Willson and even the tight end that they tried to claim off waivers, Jordan Leggett, the alternatives to either Grimble or Gentry are probably tempting.

More likely, if the team were to pick up another tight end, they would do so by waiving Gentry, assuming that he will clear waivers (there’s a good chance that he will, especially considering how many tight ends with more experience are currently available), and moving him to the practice squad, where he would occupy the place currently manned by Kevin Rader.

The Steelers have brought in at least one player via a trade in every season since 2013, but they failed to do so this year, at least so far. They did manage to trade one player away, giving up Jerald Hawkins and packaging a seventh-round pick with him to get a sixth-round pick back.

Are they legitimately content to go into the season with what they have at tight end if they find themselves in the position to sign a player such as Willson or Leggett? I think that’s the question that we are going to find the answer to very soon, perhaps as early as today. There may even be reports about it by the time this publishes.