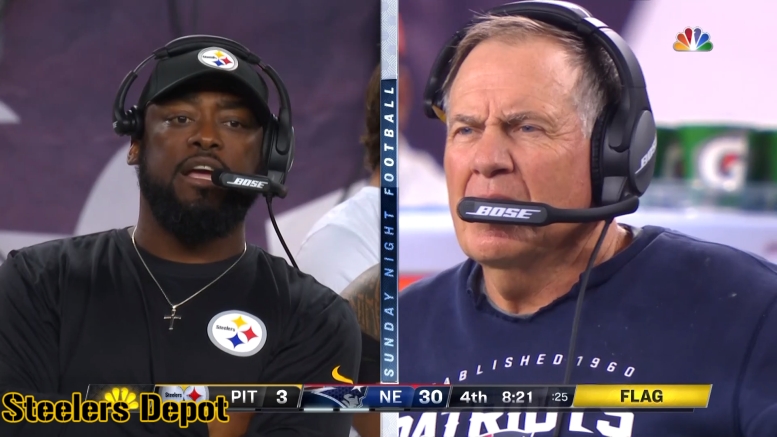 This is truly one of those games where you could just look at the box score and know what happened, unfortunately. The Pittsburgh Steelers were dominated for seemingly the entirety of the game on offense and defense, and special teams wasn’t necessarily great either.

There were so many different areas of the game in which the Steelers failed that it’s hard to keep track of all of them, but the third down differential was terrible, especially while the game was still competitive.

“They had a good plan, they executed their plan. They kind of made the significant plays”, Tomlin said. “Even with all the things that I said, you know, we had bang-bang plays on both sides of the ball. It seems like they made them and we didn’t. We accept responsibility for that. That’s the nature of this thing. It’s humbling and it sucks, but that’s the National Football League. It won’t define us if we don’t let it, and that’s what we talked about in there”.

There is good news, though, and that is that this was just one game that won’t count much more than any other loss. Of course you never want to lose to the New England Patriots when your intention is to be an AFC contender, but, well, that’s usually how it goes. And the Steelers are now 0-6 against Tom Brady in New England.

As it currently stands, the AFC North is paced by the Baltimore Ravens, who dominated the Miami Dolphins, a team most believe is in the process of tanking. The Cleveland Browns lost to the Tennessee Titans in what developed into a rout, while the Cincinnati Bengals also fell in a competitive game against the Seattle Seahawks, whom the Steelers play next.

To Tomlin’s comment about not being ready for primetime, that applies as much or more to the opponent as it does to the spotlight itself. This is a team that has had moving parts, new parts, young parts, in key areas on both sides of the football, and that’s going to take time to develop.

This was the first look without Antonio Brown, and we saw that trickle down. By and large, those who needed to step up—particularly Donte Moncrief—did not. But that also includes Ben Roethlisberger, whose stat line of 27 completions on 47 attempts for 276 yards and an interception came largely in garbage time.

Whatever the next week holds, technically a 1PM game, the Steelers had better be ready for it as they host their first game of the season at Heinz Field. This is a contest that just snowballed out of control with no sign of recovery, but all that can be done is to lick your wounds and move on.