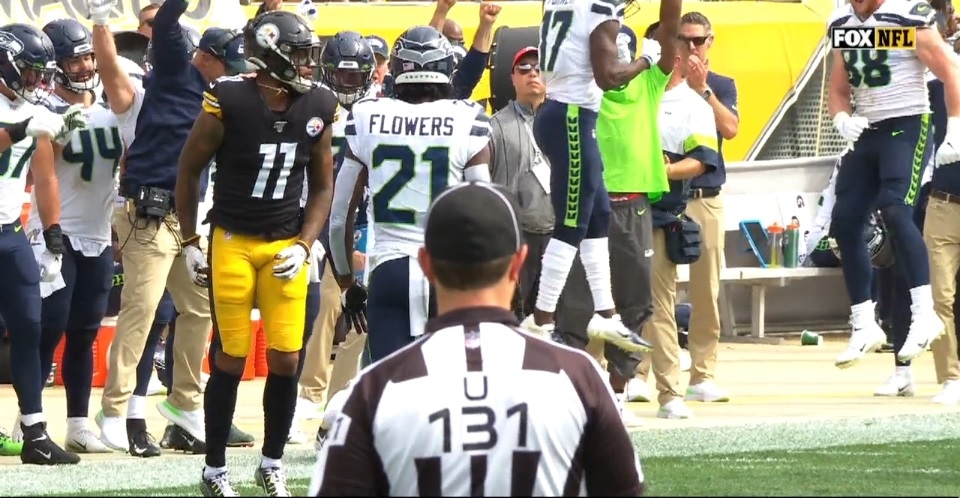 “I don’t know what to make of it,” Tomlin said when asked about Moncrief’s struggles. “I know we haven’t been able to depend on him to this point. So he has some challenges and we have some challenges moving forward.”

Tomlin was then asked if Moncrief will have the chance to work through those issues going forward.

That non-answer tells you everything you need to know. Best case scenario, the team sits him down for a few weeks and lets his dislocated left finger, an injury suffered in training camp, heal up. Worst case, for Moncrief anyway, is that the team has decided to move on.

For him, the silver lining is that a roster move hasn’t been made yet. Eli Rogers wasn’t brought back despite being in the building yesterday and as of now, there’s been no changes in the receiver room. But it’s impossible to justify playing Moncrief right now, opening the door for more snaps via James Washington and especially Diontae Johnson.

The lack of a #2 receiver opposite JuJu Smith-Schuster has been one of the largest issues of the Steelers’ offense. An inability for anyone else to step up, create separation, and move a mostly stagnant offense.

Despite receivers being targeted 16 times on third down, they’ve only had four first downs. And one of those have come from Smith-Schuster, meaning the rest of the group has three first downs on 13 targets. It’s a big reason why the offense is converting just 26% of their third downs, an appropriately 26th place ranking in the NFL. Last year? They sat at 44.4%, eighth in football.

Assuming there isn’t any dramatic in-season turn around, Moncrief will be this year’s version of Morgan Burnett. A one-and-done player quickly forgotten by Steelers’ Nation.