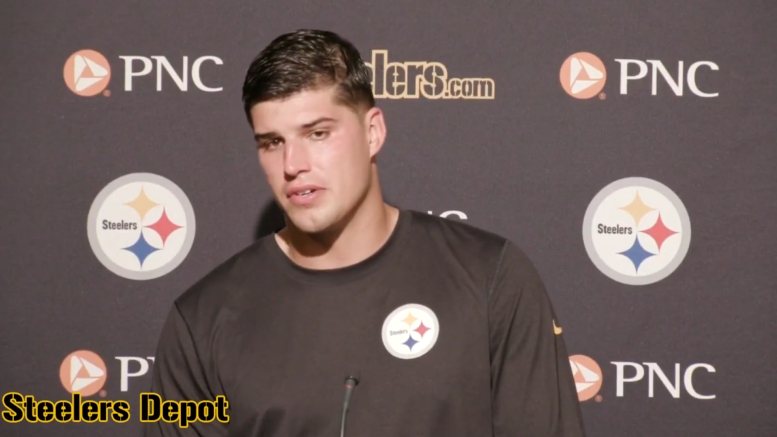 The Mason Rudolph era, if there ever is one beyond this 14-game stint, got off to a rocky start this evening with the Pittsburgh Steelers falling 24-20 to the San Francisco 49ers, despite their opponents turning the ball over an astonishing five times.

Rudolph, the second-year quarterback drafted in the third round in 2018, made his first career start today in San Francisco in a losing effort that consisted basically of two good plays and then a bunch of nothing, those plays being touchdowns of 76 and 39 yards.

Granted, those are two pretty big exceptions, but he averaged about two yards per attempt on his other 25 passes. After the game, he began to summarize his first start by noting that he had “a lot of mistakes. Obviously, we can’t be that slow-starting in the first half, and I’ve got to give our team and our defense more of a chance to put some points up early and get ahead with all the turnovers they created”.

Despite four of the five turnovers coming in the first half, the Steelers only scored six points by halftime, consisting of a pair of field goals. And both of those field goals came on possessions that started on a short field, already in field goal position. They were otherwise virtually unable to move the ball.

“They played unbelievable and they did everything we asked of them”, he said of the defense, though that is certainly hyperbolic, especially considering they only created two of the five turnovers they got. “We’ve just got to back them up. We’ve got to have their back”.

Still, any time you give five turnovers, you need to get more than six points. If you’re not getting an average of at least three points per turnover on the following possession, then you’re really having a problem. The 49ers created two takeaways and generated 14 points from them, that being the difference in the game.

Rudolph had a full week of preparation for this game, but that didn’t help his accuracy. He was consistently high on the majority of his throws throughout the day, and that is certainly something that is going to have to be fixed this week as they head into Week Four.

Already out to an 0-3 start, they can at least take solace in the fact that the Baltimore Ravens also lost, falling to 2-1. But the Steelers will have to play them in two weeks’ time, and based on how they looked today, they’re not going to have a chance. So a lot has to change between now and then if they have any aspirations of salvaging this season.