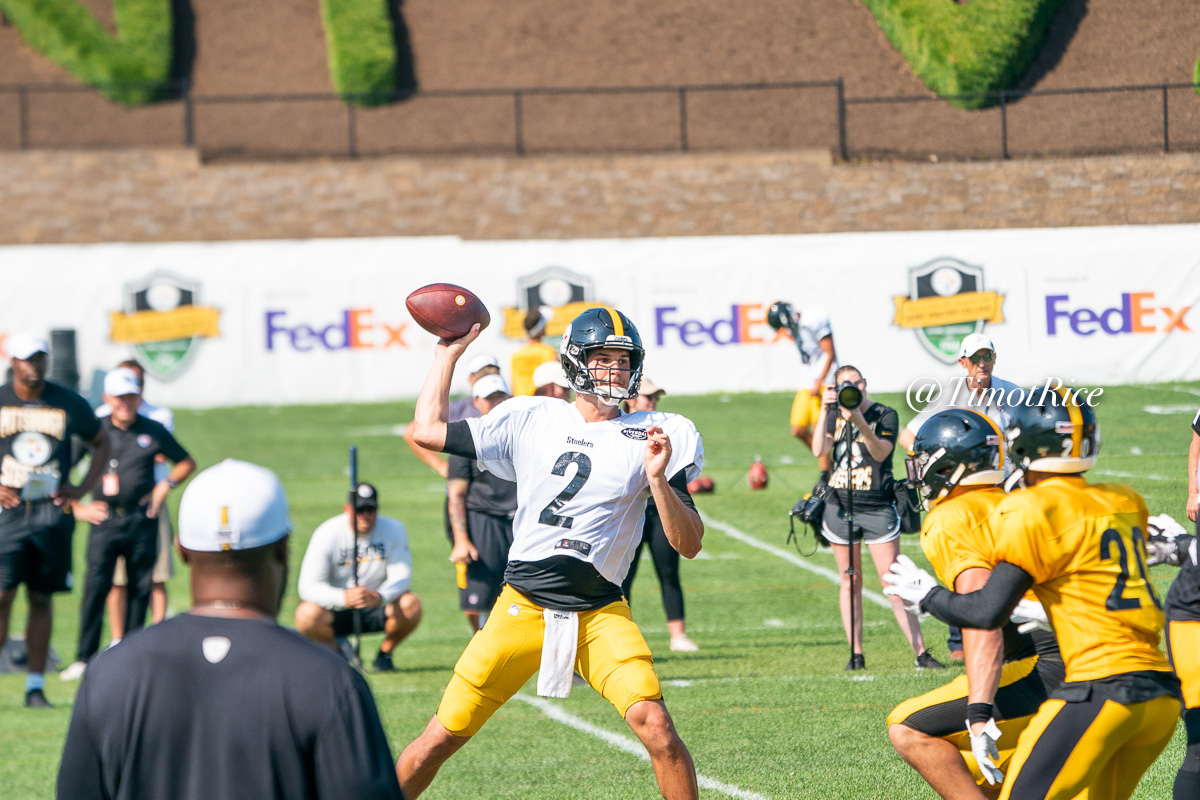 This week has, so far, been a unique one over the course of his professional career, but it will soon become routine, at least for the remainder of this season. For the first time as an NFL player, second-year quarterback Mason Rudolph is going through a full week of practice and preparation as a starter, taking those first-team reps and everything else that is implied within it.

The Pittsburgh Steelers don’t have a choice. Ben Roethlisberger is already on the Reserve/Injured List, and he is set to have surgery, at some point in the near future, on his throwing elbow. His season is done. He’s talking to his teammates about getting ready for OTAs in 2020. This is Mason’s year.

It’s what he’s worked for. It’s what he’s wanted all along. Not in this way, but he’s not going to make any apologies for relishing the opportunity, not just to start, but to get every bit he can out of the week leading up to his first start—and every week subsequent. He loves it.

“I’m a big prep guy, and having a whole week of reps instead of just a Wednesday, it’ll be awesome”, he told reporters earlier this week. “Any time you can get the muscle memory, it’s a huge part of it. I’ve never been a guy who can just go out there and wing it, kind of on a short week, whether it’s been injury [or anything else], so I’ve always really been excited about the practice reps and going through the week. I’ll have a chance to do that this week”.

Rudolph, a third-round pick in 2018, fought for scraps during his rookie season as the number three quarterback, not dressing for games, behind Joshua Dobbs. Entering this year as Roethlisberger’s backup, he at least got those Wednesday practices in.

That’s all he got before making his official NFL debut on Sunday against the Seattle Seahawks, playing the entirety of the second half and leading the offense to 17 points over five drives, despite it coming in a losing effort.

It didn’t start off well. His first pass was (potentially intentionally) dropped by James Conner on a busted screen that would have lost yardage after he came under pressure. His second, dropped unintentionally on third and eight by Donte Moncrief. It should have been a conversion. It was intercepted instead.

He didn’t complete a pass until his fourth attempt, and that proved to be a big one, a flea-flicker to JuJu Smith-Schuster that went for 45 yards. He would complete 12 of his final 16 passes for 112 yards and two touchdowns, both to tight end Vance McDonald.

He had to come off the bench, having little to no idea he would be playing on Sunday. Now he knows he’s the guy, and he’s getting all the work beforehand to remind him of that fact. He couldn’t be happier about that.