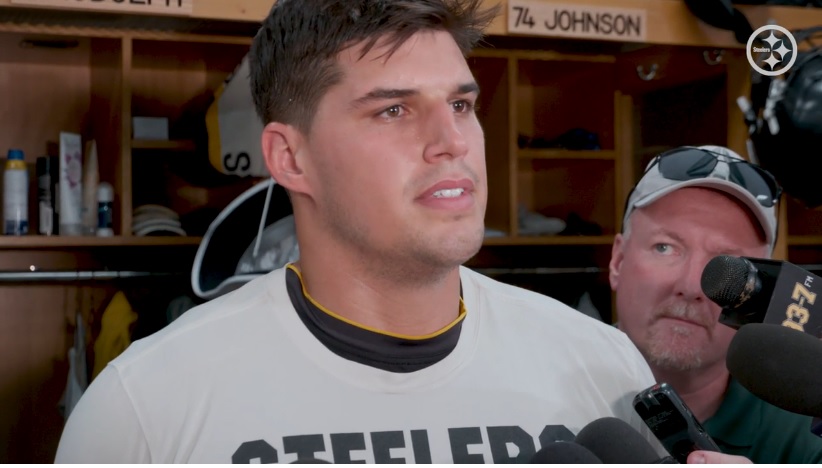 If there’s a silver lining of a young quarterback throwing to young receivers, it’s that they’ve worked together plenty. Mason Rudolph to James Washington has plenty of history. And Rudolph got lots of work with Diontae Johnson in training camp when each served as backups. So to Rudolph, there’s already an advantage heading into the rest of the regular season.

“I’ve had a lot more reps with those guys,” Rudolph told reporters Friday via the team site.  “And with most of those guys being young, I had banked reps with those guys. So I felt pretty comfortable moving into this role. Those guys are getting better every day. They’re learning, they’re picking up a signal, picking up a huddle call. They have great attitudes and they’re great players.”

As the dust has settled and the division of labor at wideout become clearer, it’s obvious Johnson and Washington will be big pieces of the offense. Both will start in the Steelers’ base 11 personnel and have to step up to get the offense going. Last week, Washington plays 49 snaps while Johnson logged 42. Aside from JuJu Smith-Schuster, the only receive to see time offensively against the San Francisco 49ers was Johnny Holton, who played just five.

Rudolph connected with Johnson on a 39 yard touchdown while he and Washington may have linked up on a big play earlier in that same drive had it not been disrupted by a pass interference.

And all those new faces are learning how to play in the NFL. Rudolph included.

“The tight windows are big windows at this level. You’ve had to adjust and understand to trust your guys to make plays and throw to spots, not necessarily people.”

Pittsburgh’s offense will look to have a more vertical component in Monday night’s game against the Cincinnati Bengals. But they must get back to running the ball effectively too. Cincinnati is among the league’s worst in stopping the run, allowing 4.9 yards per carry and 16 runs of 10+ yards this season. Only the Miami Dolphins have allowed more.