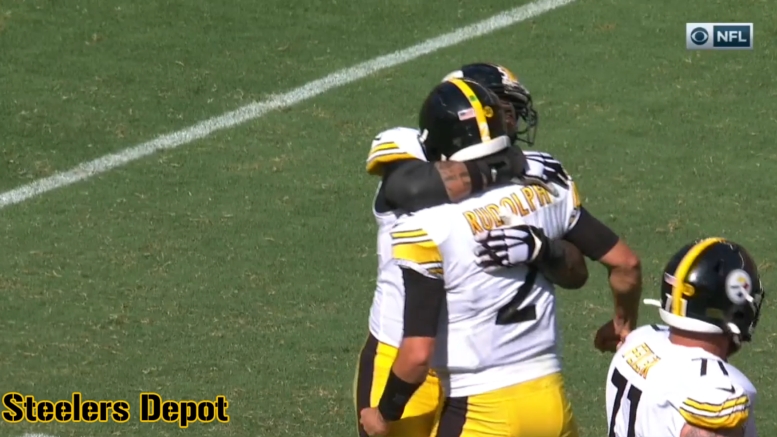 The Pittsburgh Steelers need better play from pretty much everybody going forward in order to start winning some games, one of the few things that they have failed to do over the course of the first three games of the season. That begins with Mason Rudolph, who is coming off his first career start, a 24-20 loss to the San Francisco 49ers.

The second-year quarterback made his NFL debut the week before, playing the second half of a loss to the Seattle Seahawks after Ben Roethlisberger left with an elbow injury, on which he just had surgery yesterday.

Since taking over, he has thrown four touchdown passes and thrown two interceptions, one of which wasn’t his fault. He has completed 26 of 46 passes for 286 yards, averaging 6.2 yards per attempt, with a quarterback rating of 86.

But the numbers don’t show you what was going on in the huddle. And really, he didn’t play an awful game by any means. Obviously, the interception that he threw was a bad play, and he was the first to admit that he made a number of mistakes, but he kept them in the game in the second half with two critical throws.

And his teammates felt his presence, in the huddle, on the sidelines. It’s not having Roethlisberger out there, but Conner liked what he saw from the second-year quarterback. He himself was a player who was forced to take on a critical role in his second year.

“Mason was pretty calm and collected the whole game”, he said of Rudolph during his radio show yesterday on The Fan. “I’m seeing leader characteristics come out. Like on that two-minute drive, making sure we knew our no-huddle offense for two minutes, trying to keep level-headed, and played a solid game”.

It’s no secret that Rudolph’s personality and demeanor were attractive to the Steelers—and to other teams—when he was coming out of college. He certainly looks and sounds like the part of a quarterback, even carrying himself well on Sunday following the loss during a seven-minute stint at the podium.

While a quarterback’s play can speak for itself, it’s also important for him to instill confidence in those with whom he shares the huddle. It does sincerely appear as though Rudolph has his teammates won over, to the point that they believe he is capable of running the offense, and helping them to win games going forward. Getting a win over the Cincinnati Bengals next week will help.