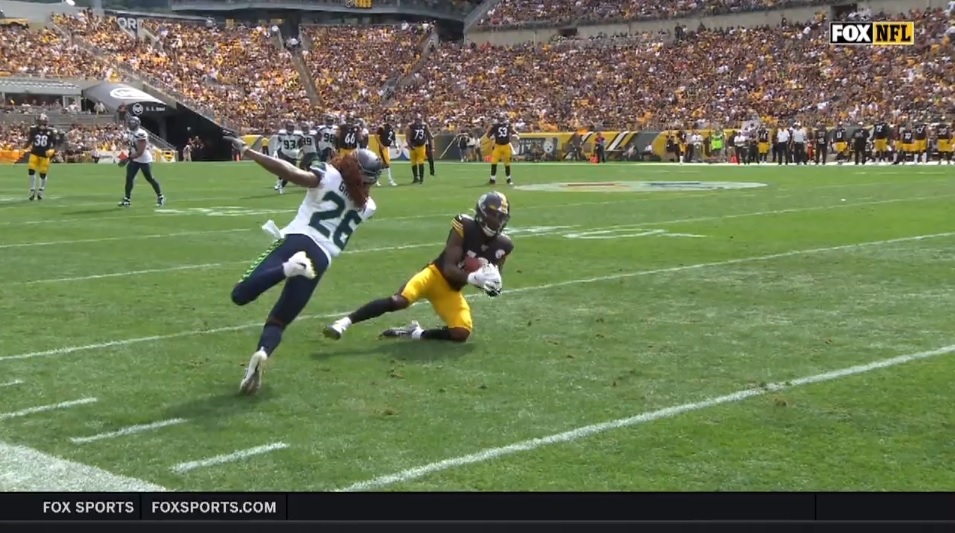 After two dismal games to start the 2019 NFL regular season, it will be interesting to see if veteran Pittsburgh Steelers wide receiver Donte Moncrief plays any Sunday in the team’s Week 3 road game against the San Francisco 49ers. Heck, Moncrief, who has five drops on 11 total targets through two games, might not even be active Sunday against the 49ers. One wide receiver, however, who will be active on Sunday and see plenty of playing time against the 49ers is rookie Diontae Johnson.

On Thursday, Steelers offensive coordinator Randy Fichtner was asked about Johnson, the team’s first of two third-round draft picks this year, during his weekly media session and if he’ll have a more defined role in the offense this weekend with Moncrief currently struggling.

“Those young guys, you start to see it develop in this last week,” Fichtner said. “I believe he [Johnson] got a punt, went out for a punt return I think, I think a couple. You start to see the growth of a young player. He made a nice play last week and he is growing as a player. I am encouraged and excited by him.”

Against the Seattle Seahawks in Week 2, Johnson, a Toledo product, played 26 total offensive snaps after playing 24 in the regular season opener. He was targeted four times this past Sunday and while he did have a drop inside the red zone in the first half, he later made an outstanding catch of an off-target pass in the second half for a gain of 17 yards. He now has four receptions for 42 yards entering Week 3.

In addition to him seeing an increase in offensive snaps in Week 3, we could see Johnson be the Steelers full-time returner against the 49ers as well. At the very least, Johnson figures to return a few punts on Sunday, something he was permitted to do twice in Week 2 in relief of fellow wide receiver Ryan Switzer. Johnson Should also be given an opportunity to return kickoffs against the 49ers as well on Sunday because he did quite a bit of that and did it well during his college career at Toledo.