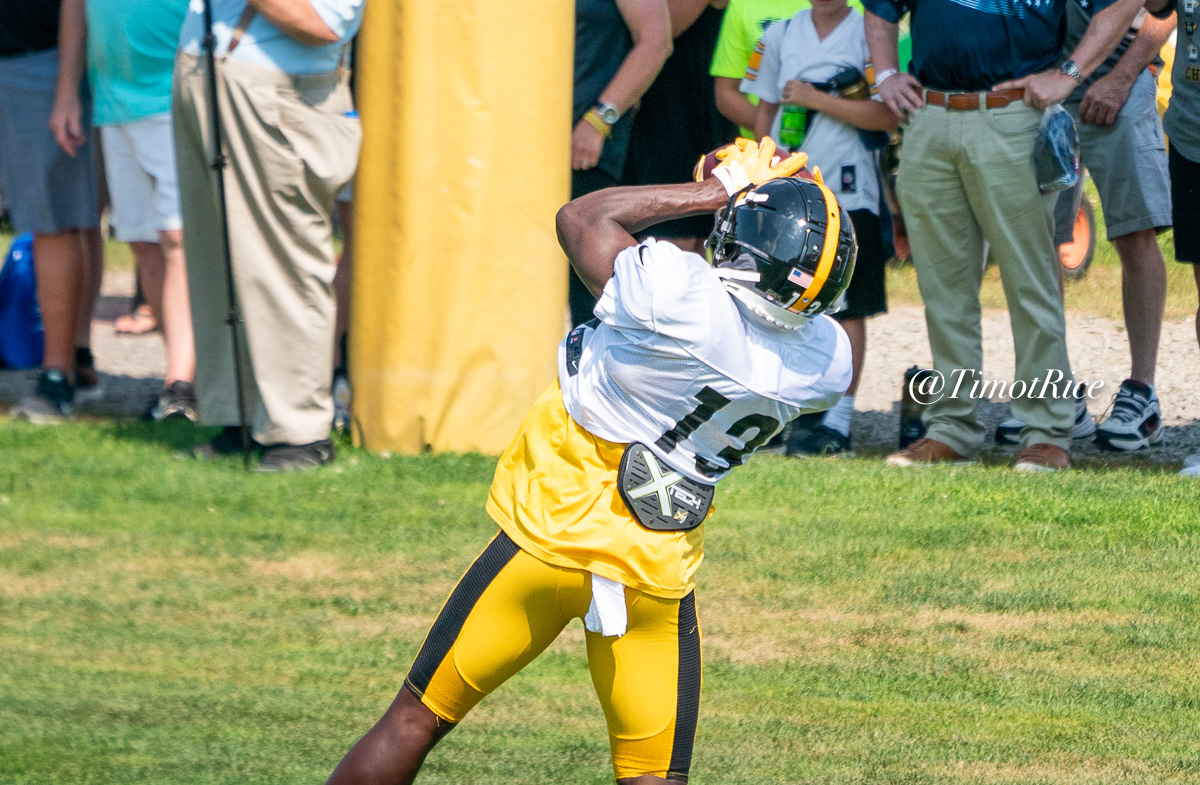 Week 1 is finally upon us and the treacherous climb to the dreaded Patriots game in Foxborough is almost over. And with that coming up, a whole new season can finally start for guys to either build off of their success last year or to rebound big time this season. This season is not only pivotal for the Steelers, but for players like Sean Davis and Bud Dupree this season could not mean more as they enter the final season of their contracts.

And with the whole team dynamic changing after an overhaul this offseason, there are bound to be things that change on the field just as they have off the field. Whether that is simply through scheme or the elevation of play by some guys, there will inevitably be change.

Thus, to highlight these changes, I decided to write an article detailing five bold predictions that I think can come true this year.

1. Ben Roethlisberger Will Be Right In The Middle Of The MVP Race

There is a lot to go into this, but it really seems that Roethlisberger is ready to come back better than ever. After eclipsing 5,000 yards passing and nearly passing over 35 TDs, Roethlisberger is going to have to do a lot to match those totals, especially with a likely decrease in pass attempts as the Steelers look to Jaylen Samuels and James Conner more involved in the running game.

However, the Steelers still have a deep and talented receiving corps and group of weapons for Roethlisberger to throw with the new additions of Donte Moncrief and Diontae Johnson. This team is going to go vertical early and often if last year and the preseason were any indication. Roethlisberger’s 16 interceptions also jump when looking at his stat line, but his interception rate was the lowest it has been since 2014 with a 2.4% interception rate. A decrease in the amount of passes could see a decrease in the amount of interceptions anyways.

Simply put, Roethlisberger is motivated to go out and prove something to hopefully another super bowl before he eventually hangs up the cleats. That motivation plus the offense designed around him can certainly push Roethlisberger towards a possible MVP run. I think both he and Baker Mayfield will be right in the thick of this race given each situation they are in. Watch out for Big Ben to have a huge year.

If the preseason is any indication about how Watt will do this season, then he is going to have a monster year. Not only did he have an absolutely monster second half last year where he was second in pressure rate, win rate, and pressures among edge rushers from the Steelers’ bye week on, but he gave one of the best Right Tackles in the game in Mitchell Schwartz fits in the preseason. Oh, and the guy who was in front of Watt? Yeah, that was a guy named Von Miller.

Watt’s strides last season have the chance to parlay him into another stratosphere. And he is well on his way there if his preseason tape says anything. With the ability to now beat anyone he absolutely pleases, Watt has the ability to not only match his number of 13 sacks from last season, but to absolutely smash through that number. Should he break 15 sacks, Watt could be on his way to a potential Defensive Player of the Year candidacy.

3. The Steelers Become A Top 10 Team In Turnover Ratio

The preseason showed this, as guys were consistently going and trying to rip the ball out. And it worked a few times, too, this team was creating turnovers far more in the preseason than they were last season. The additions of Steven Nelson, Devin Bush, and Kam Kelly, all who are playmakers at the catch point, is something to consider in this scheme as well.

Austin had everyone on the JUGs machine this training camp for very good reasons. I believe it will payoff in far more turnovers created by this defense and that they will ascend to a top 10 team in turnover ratio, which is shy of Austin’s top five in turnover ratio goal, but still a massive improvement.

4. Kam Kelly Starts At FS By The End Of The Year

I actually like Sean Davis, so this one is somewhat of a bummer for me. I think Davis has a lot of room to grow and not having a stable position as hurt him dearly. However, not only has he been banged up and injured this year, but his backup, Kam Kelly, has been solid and stood out in a good way when he has played back there.

Really though, Kelly’s got ball skills and a ton of ball production over his years as a defensive back. The ability to create turnovers plus the fact that Kelly also has the ability to come down and man up guys gives me the impression that Kelly gives you more scheme versatility and in general gives the Steelers more ability to mix and match their coverages.

If Davis sits out too long, Kelly could sneak up and take his job easily. And if Davis continues to not produce splash plays while Kelly, in his limited snaps, produces some splash plays, I can easily see this happening.

I could even go as far to say that I think Washington ends up being the second leading receiver on this team behind JuJu Smith-Schuster. Washington not only looked fantastic in the preseason, but his opportunities this year should increase as the year goes on. His route running and added burst have really helped his deep threat ability this season.

That big play ability and the working chemistry with Roethlisberger will lead to bigger plays and thus, Washington, even if he gets less volume than I think he will, as a shot to top the 750 number I named due to that big play ability. I think this is the James Washington break out season and people better watch out for him.

The Steelers will return against the Patriots Sunday night and I will be interested to see how this team looks in their first game out there. This season as the potential to be a huge season or an utter disappointment after a tumultuous last year within the organization. A run and a good season would be hugely therapeutic for a team that needs it. Thus, I hope that prediction, mostly, comes true.